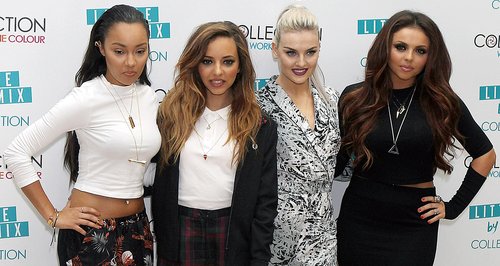 Little Mix have confirmed that they will be calling their new album 'Salute'.

The girls have been busy working on the follow up to debut 'DNA' for much of 2013 and broke the news to fans on Twitter this afternoon (4th October).

The record will feature new single 'Move' – released on 3rd November – as well as tracks such as 'Little Me', 'These Four Walls' and 'Boy'.

Fans can pre-order the record from Monday (7th October).

Check out the full tracklisting of Little Mix's new album 'Salute' below:

Check out the girls' making the announcement below: