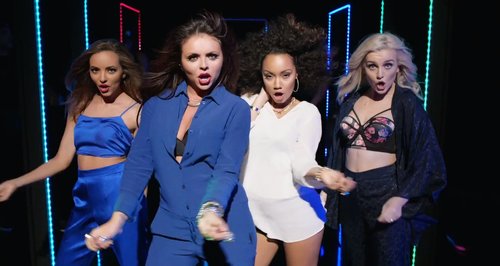 The 'Change Your Life' four-piece show off their moves in a new video from the set of the promo.

Little Mix show off their dancing skills in a brand new promo behind the scenes on their 'Move' music video.

The 'Wings' four-piece premiered the music video for their brand new single last week and have now given fans the chance to see exactly what happened backstage on set.

Little Mix announced last month that 'Move' will be the first single to be lifted from their second studio album 'Salute', with the single set for release on 3rd November.

Go behind the scenes on Little Mix's 'Move' video below:

Leigh-Anne Pinnock, Jade Thirlwall, Jesy Nelson and Perrie Edwards will then launch 'Salute', the follow-up to their 2012 debut 'DNA'.