One of our favourite couples is no more…

The girls celebrated their new album ‘Glory Days’ going to number one with a girly sleepover – and appeared to confirm the news in one of their Snapchats from the night.

perriesnap: When single life got you like..... The 3 amigos always and forever! + jade & jed pic.twitter.com/xzrhXDCOjM

The girls had some pink and green puppets which they bounced around while chanting “Single ladies alone together”, and Perrie captioned the clip, “When single life got you like… The 3 amigos always and forever! + jade and jed”.

Perrie Edwards recently split from Luke Pasqualino and Leigh Anne Pinnock is also single, so the fact that only Jade Thirlwall and her boyfriend are name checked seems to say a lot. 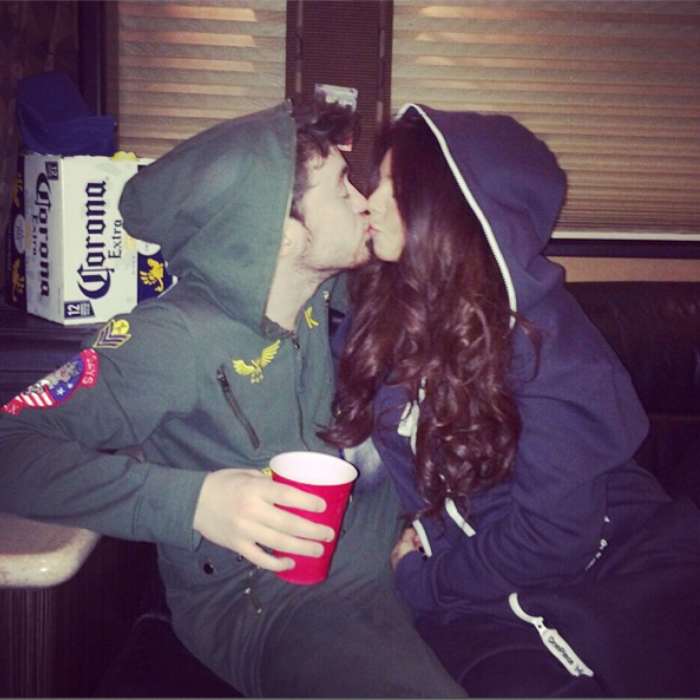 They’ve so far remained tight lipped about whether Jesy and Jake – lead singer of Rixton – are still together, even pulling an interviewer’s notes out of his hand when he asked about why Jesy’s not been wearing her engagement ring.

We’re gonna be honest – we’re a little bit gutted about Jesy and Jake splitting up, they were basically the definition of #RelationshipGoals!