The X Factor UK winners have posted picture of a fan's tattoo featuring one of their song lyrics.

Little Mix have named one of their Twitter followers a "true fan" after they shared a picture of their tattoo of song lyrics from the band's new single 'Wings'.

The 'Cannonball' singers are currently travelling up and down the country promoting their first single since releasing their Damien Rice cover after winning The X Factor 2011 in December last year.

"I still can't believe that one of our fans frm sheffield got the lyrics from wings tattooed on her," Little Mix tweeted earlier today (20th July). "True fan right."

The fan's tattoo features the lyrics 'These wings were made to fly' below the image of a butterfly, which is also referenced in the band's upcoming release.

Perrie, Leigh-Anne, Jade and Jesy also thanked the fans they have met over the past few days for all of their support.

"Hey there guys! You little mixers are amazon ur support over these past few days has been incredible thnk u so so much guys. lots of love jesyxx," Jesy Nelson tweeted today.

Little Mix unveiled their brand new single 'Wings' in May alongside a song lyric music video, and are set to join JLS on their summer tour next month across six UK denies. 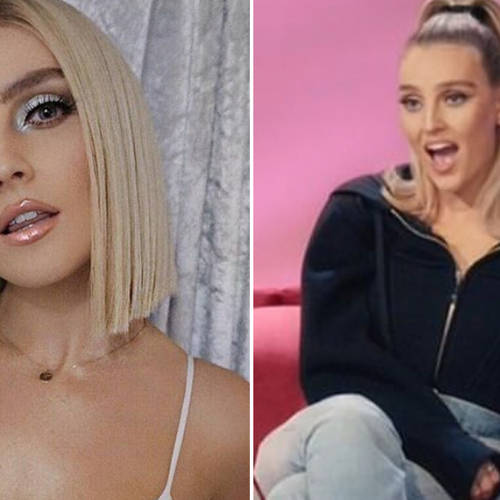