The 'Boyfriend' singer captions the intimate shot with the name of his latest single.

Justin Bieber has hinted that his new single 'Heartbreaker' is about former girlfriend Selena Gomez after he shared a new picture of the two with a caption of his new song title.

The couple split up at the end of 2012 following nearly two years together and had been rumoured to be on the verge of a reconciliation in recent weeks.

The Canadian teen was also rumoured to be getting close to model Jordan Ozuna with Selena claiming she was happy her ex-boyfriend was moving on.

The new picture sees the 'Come And Get It' singer wearing dark red lipstick, sunglasses with a hoodie as she cosies up to Justin. 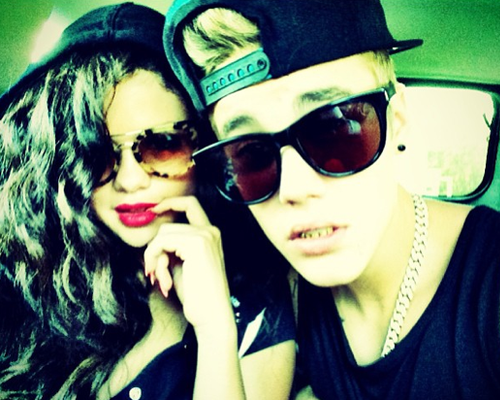 The 'As Long As You Love Me' has told fans that he will unveil his latest single "suddenly" and manager Scooter Braun has been revealing how he plans to release new music in different ways.

Scooter also promised the latest track will end the "witch hunt" around the teen titan.

QUIZ: Do You Know The One Direction Inside Joke?