Justin Bieber clearly LOVES a bit of a nineties throwback, judging by his AMAZING cover of a Boyz II Men classic over the weekend.

The Canadian superstar made a surprise appearance at a jazz night at the W Hotel out in Hollywood this past weekend, rocking up to join the live jazz band in an impromptu cover of 'I'll Make Love To You' - and he pretty much SMASHED it.

Biebs obviously loves the nineties boy band because it was only last week when he joins James Corden for a spot of Carpool Karaoke - and sang one of their numbers then as well!

The Beliebers out there will remember back in 2011 when Justin actually got to team up with Boyz II Men for a Christmas hit called 'Fa La La'. 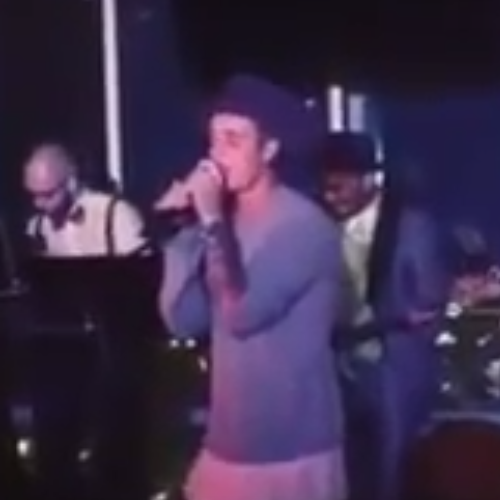 Anyone else think Justin and Boyz II Men need a NEW song collab together? #MakeItHappen