LISTEN: Jess Glynne's New Song 'Don’t Be So Hard On Yourself' - You Guys Are LOVING It!

Capital brought you the first play of the NEXT huge anthem from 'Hold My Hand' star Jess - and it went down VERY well!

Jess Glynne has been #owning it this year with her music - having already scored TWO solo number ones on the Vodafone Big Top 40 - and her NEXT future hit got its first Capital play this morning.

The UK star's new song 'Don't Be So Hard On Yourself' hit Capital airwaves this morning (Thursday 1st July), and you guys were VERY excited to see what the 'Hold My Hand' star had in store for her fans. 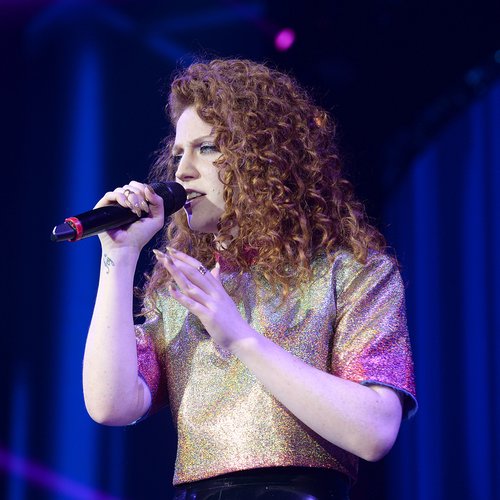 Just heard @JessGlynne new record on the radio that girl can sing and what another hit #no1 love it !!!

Jess glynne has done it again

Jess Glynne's new one is everything we wanted it to be !!! The absolute one

This new @JessGlynne record is a BANGER. I smell a number 1.

Is it possible for @JessGlynne to have a bad song??!! Already love the new oneeeeeeeeee

Miss Glynne may be having to rest up from her recent voice surgery but she's still ruling the top end of the charts, and once she's back in action in August Jess will perform live at V Festival, before she embarks on her first ever American tour with her own headline UK dates to follow in October. Phew!

'Don't Be So Hard On Yourself' will be released on 14th August and Jess Glynne's debut album 'I Cry When I Laugh' arrives on 21st August this year.