Jason Derulo has been hitting TikTok hard, and get ready to feel old... some users now know him as a TikToker, not a pop star...

Jason Derulo has become something of a TikTok sensation and now, many younger people don't even know him as a pop star but as a viral video creator, in what might be the most Gen Z news we've encountered so far.

wait.. do people actually think jason derulo is just a tiktoker and not a singer??? i-

He's been labelled 'king' of TikTok, and his song with Jawsh 685 'Savage Love' has made it to the number 1 chart spot in the UK thanks to his dances with some of the biggest internet stars including James Charles and Addison Rae.

He's got 25 million followers, his videos get millions of hits, and the younger generation are getting to know the pop star for the first time through TikTok- with some only just finding out he's been a pop star for, well, years.

"Soon people are gonna know jason derulo from tiktok and not from his music and that doesn't sit right with me."

Millennials made MySpace, Facebook, Snapchat, Instagram and Twitter. Gen Z made TikTok and now they got this big head. The king of tiktok is Jason Derulo, a millennial 😅

Jason's had six UK number 1's and a career that's spanned more than a decade, serving iconic hits including 'Watcha Say', 'In My Head', 'Swalla' and 'It Girl' but having kicked his TikTok'ing into overdrive, many have assumed he's a viral sensation thanks to the app!

To those who've known about him for years, this development is kind of hilarious, and some are even claiming the 'disrespect' of Gen Z for not knowing who he is- but we think they can be forgiven! 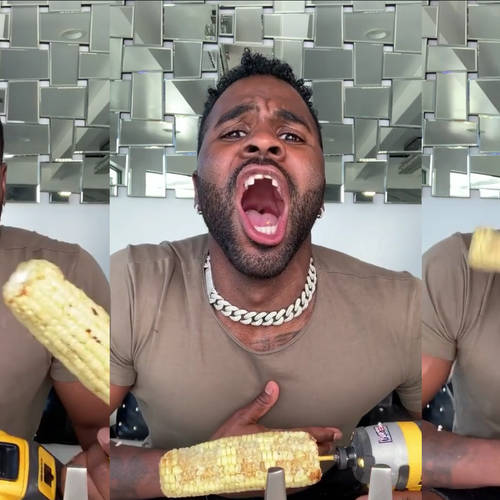