It's one of his sauciest songs so it's no wonder things got seriously heated when Jason Derulo brought 'Talk Dirty' to the Jingle Bell Ball stage - we need a cold shower!

It was the song that got stuck in the world's heads after it's release from the album of the same name and was Jason's first ever track to feature a guest artist in the form of 2 Chainz on the track.

Jason was pretty excited to hit the stage for his fourth Jingle Bell Ball with Coca-Cola, telling us, "I’ve got a special feeling about this year man, it’s going to be epic! Capital always just pick the biggest artists in the world and it ends up being a night to remember, every single time!” 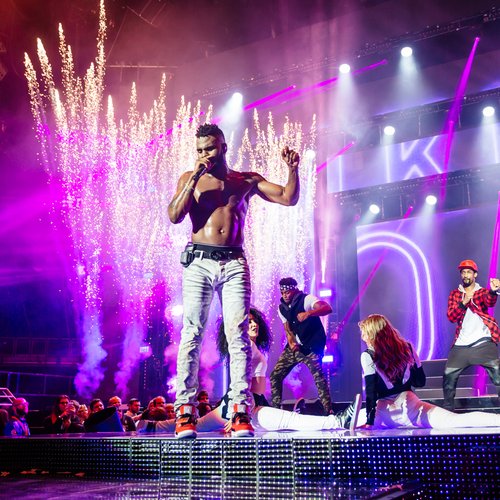