Nurses told Kate Garraway her husband Derek Draper ‘looked focused and engaged’ when they put on Good Morning Britain while she was on air.

Kate Garraway has returned to her presenting duties on Good Morning Britain and Smooth, as husband Derek continues to recover from the effects of coronavirus in hospital.

Derek remains in a minimal state of consciousness since awaking from his covid-induced coma, but is in a stable condition.

As Kate returned to her ITV breakfast show, she told viewers her husband may have recognised her voice when nurses put on Good Morning Britain for him.

“Yesterday, I spoke to the nurses and they said they had put Good Morning Britain on and they felt he looked focused and engaged on it.

“Which I found very emotional, we don’t know if it’s the movement of the lights or whether it’s a familiar voice, but good morning Derek if you are watching, we’re all sending you lots of love – your own personal Good Morning Britain.”

The mum of two had previously explained to co-host Ben Shepherd an update on her husband, saying: “He had two big falls in blood pressure which were worrying staff and also a swelling in his legs which is concerning it might be clots.

“We know covid can cause clotting and he has had clots in his lungs and he was treated with anticoagulant to try and dissipate that."

The TV host added: “I suppose the concern might be if there were new clots forming now that he hasn’t got an active covid virus, what does that mean? But he’s stable.”

Kate recently returned to work on the advice of doctors, who recommended she bring back a sense of normality to herself and her children’s routines.

Derek has been in hospital since the end of March, where he remained in a coma for over three months. 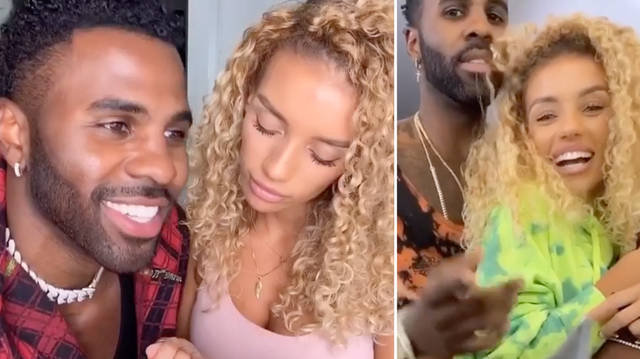