James Arthur has revealed his new acting venture is set to begin soon after scooping a role in a new film.

James Arthur has opened up about landing his first acting role in an upcoming film.

The ‘Say You Won’t Let Go’ singer revealed his new venture has come after taking secret lessons during lockdown.

Speaking to this tabloid, he said: “There’s actually a couple of really exciting projects that I’m involved in and we’re trying to get up and running in terms of my acting.

“There’s going to be some acting stuff coming up.”

Revealing he’s in-between growing his team, he continued: “I’ve done a few lessons and shot a few casting videos and I’m choosing between a couple of agents at the moment.”

It seems fans won’t have to wait long to see what the X Factor star has in store as he explained that we could get a glimpse of his acting sooner rather than later.

When asked if the film is set to begin production in 2021, he said: “I think there’s a really good chance that it will, yeah.
“It’s a film. Actually, film and TV, because there are two things going on.”

“There’s a really interesting idea we’ve got for a TV show,” James added, “I’m sure you’re going to hear some stuff in the coming months.”

> Head Over To Global Player, As Capital Breakfast with Roman Kemp Is Catching Up With All Of The Stars 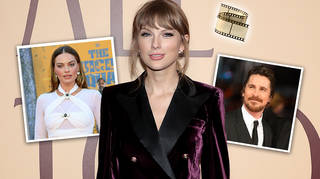