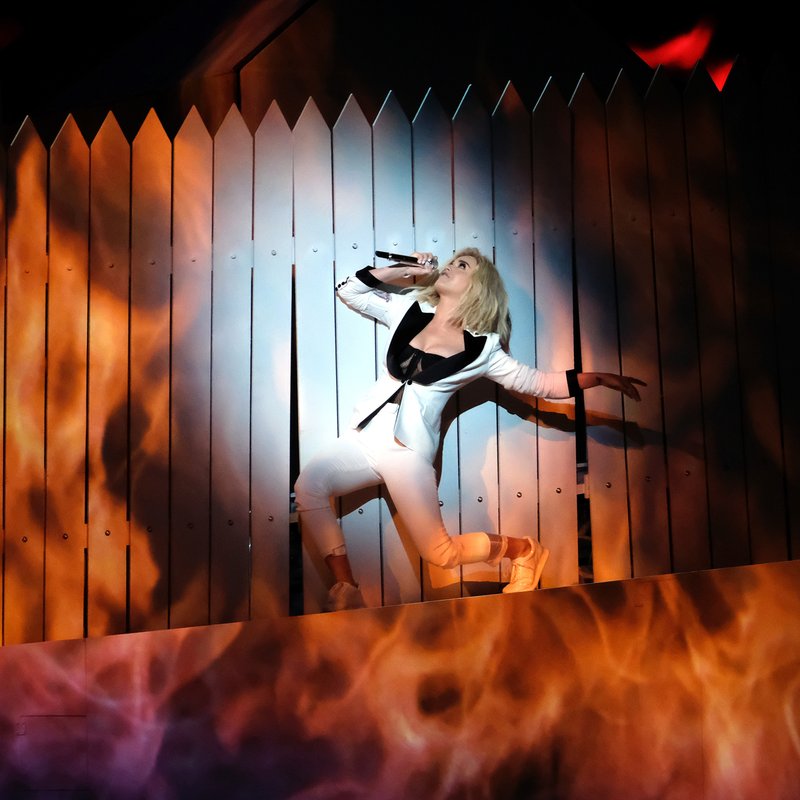 It was her first ever performance of her brand new single 'Chained To The Rhythm' and boy did she bring it!

Here is a full video of Katy Perry and Skip Marley's #GRAMMYs performance of their new single, #ChainedToTheRhythm pic.twitter.com/NHaCQgvpK5

Opting for a casual t-shirt and jeans, Ed oozed nothing but his usual confidence in his performance.

Ed Sheeran's performance of 'Shape of You' at the #GRAMMYs was beautiful! All the feels! pic.twitter.com/sMMokwU9of

Having had to restart her performance after being overwhelmed with emotion, the 'Hello' star performed a beautiful tribute to the late George Michael.

Taking to the stage in a glittered gown and headdress for a performance that began with a long, spoken video-enhanced presentation about mothers and children...it's her first public performance since announcing her twin pregnancy.

Beyonce's full performance at the #GRAMMYs 2017. You're welcome. pic.twitter.com/VRGRt3esEQ

Proving once again that Gaga can perform pretty much any genre with nothing but absolute class.