Adele has made #GRAMMYs history!

She's the first artist to win Album of the Year, Record of the Year, & Song of the Year TWICE! But it wasn't all smiles at the Staples Centre it seems...

The 28 year old superstar got a tad emosh as she made her acceptance speech for Album Of The Year. She broke down as she explained, "I can't possibly accept this award."

“I’m very humbled and I’m very grateful and gracious, but my artist of my life is Beyoncé and this album to me, the 'Lemonade' album, was just so monumental. It was so monumental and so well thought-out and so beautiful and soul-baring. We all got to see another side to you that you don’t always let us see and we appreciate that. All us artists here adore you. You are our light!” 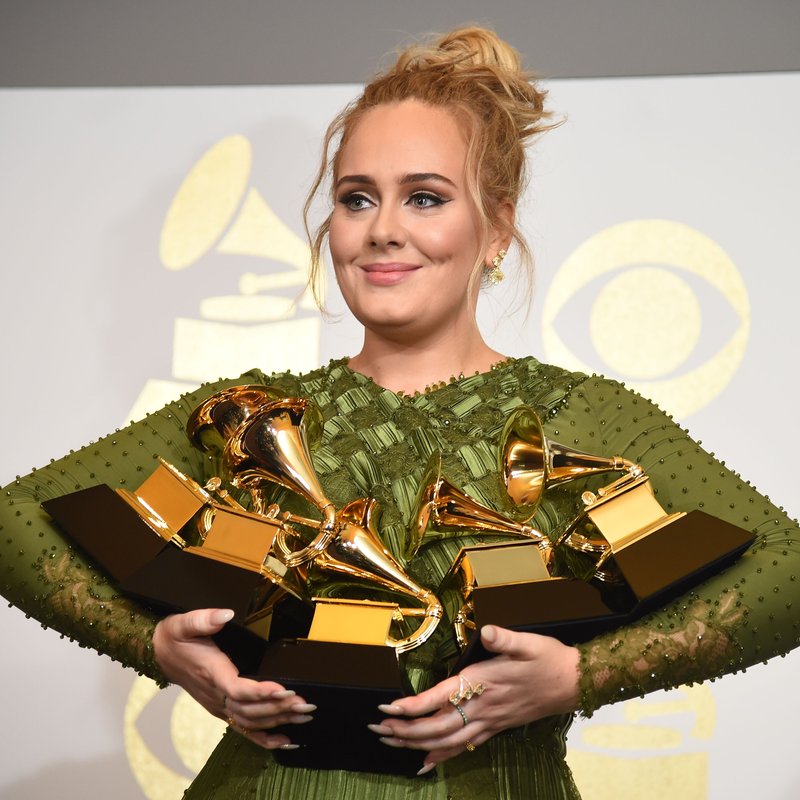 Watch as she admitted backstage that a piece of her had "died" when she realised she'd won.

Adele at the press room talking about Beyoncé and her love for Lemonade. pic.twitter.com/ZpIDb2g9gt

It was a whirlwind of a night for the 'Hello' singer as she also performed a tribute to the late George Michael, which she had to start again after becoming overwhelmed with emotion.

Woah! Bless Adele - the Grammys mucked up her sound two years in a row. And this time she simply stopped singing pic.twitter.com/BDmV1FnZnx

Selected winners at the 2017 Grammy Awards:

Record of the Year:
'Hello' - Adele

Best Dance Recording:
The Chainsmokers - 'Don’t Let Me Down'