A cover of a Taylor Swift song played during the credits of Killing Eve has fans questioning the star’s alias all over again – when does she use her pseudonym and why? Here's everything you need to know...

Taylor Swift’s pseudonym, which she has used in the past, appeared in the track details of a cover of her song ‘Look What You Made Me Do’ which featured on a recent episode of Killing Eve.

After Taylor shared her appreciation for the tune “by Jack Leopards & The Dolphin Club” – a band that doesn't actually exist – eagle-eyed fans were quick to claim the pop star herself was actually behind the song and that her brother Austin had sung the lyrics.

What is Taylor Swift’s pseudonym, and when has she used it? Here's what you need to know...

What is Taylor Swift’s pseudonym?

A pseudonym or alias is a fictitious name which a person will adopt for a specific purpose. Taylor Swift’s pseudonym is Nils Sjöberg.

Taylor is well known for hiding Easter eggs and secret meanings in everything she does and Nils Sjöberg isn’t the first time Tay has used the alias.

When has Taylor Swift used her pseudonym?

Taylor first used Nils Sjöberg when she secretly co-wrote ex Calvin Harris’ hit single ‘This is What You Came For’ featuring Rihanna in 2016.

Her vocals also appear on the song, cleverly disguised with Rihanna’s.

Why does Taylor Swift use a pseudonym?

Taylor first used her pseudonym on the song with Calvin Harris apparently so their relationship at the time wouldn’t overshadow the song.

When she used her alias again on the cover of her song ‘Look What You Made Me Do’ featured on Killing Eve, fans theorised it was so her former record label owned by Scooter Braun wouldn’t receive the royalties.

Scooter acquired the master recordings of Taylor’s first six albums from her former label Big Machine Records, a move which later led Taylor to publicly speak out about her objections. 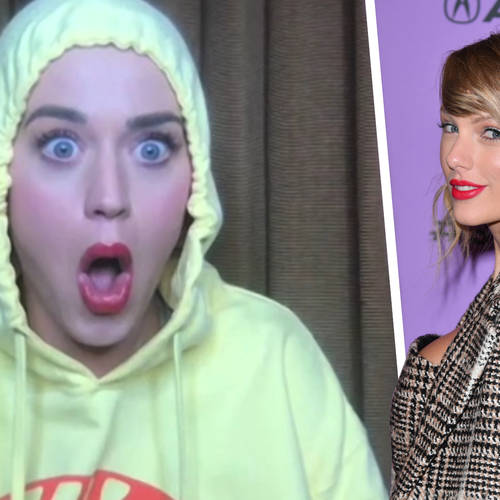