Watch the R&B legend team up with Smith on his chart-topping single.

Sam Smith has teamed up with Mary J Blige for a performance of 'Stay With Me', and the R&B superstar has gone on to praise the 'In The Lonely Hour' star for his incredible voice.

"Sam’s true soulful voice is the first of this kind I have heard since Luther Vandross, Freddie Jackson and all great soul male voices," Mary told the Daily Star after their duet was revealed.

The 'Money On My Mind' singer said it was an "honour" to collaborate with the R&B legend on the song, which recently hit number one on the Vodafone Big Top 40 chart.

The solo version of 'Stay With Me' features on Smith's debut album 'In The Lonely Hour', which recently topped the album chart and became the fastest selling record of 2014 so far after shifting 101,000 copies in a week.

The star previously opened up about the subject of the LP, revealing it is about unrequited love with a man he once fell in love with. 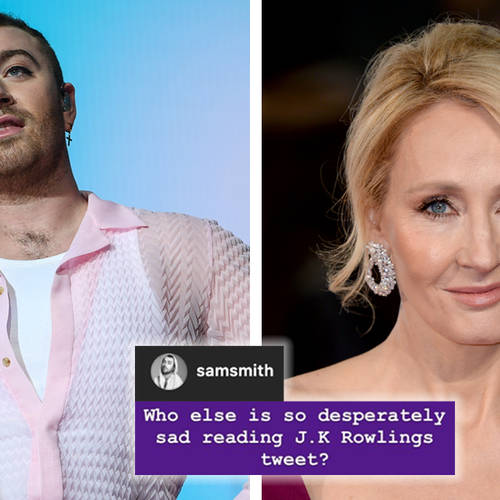