Because the guy BASICALLY lives his life on there and we LOVE it.

Sam Smith's Instagram game is STRONG. Whether it's photos from on-stage in front of thousands of people, pictures of him casually chilling with Kardashians or even a standard snap of one his uber healthy dinners - Sam lives his life on their and we LOVE it.

But what can we actually learn about the 'La La La' singer?!

1. When it comes to having showbiz mates, Sam's got this one covered... no problem!

What is my life

2. The 'Money On My Mind' singer has a cat and this cat is NOT afraid to lash out

Me and Henry fell out this morning

3. Poor Sam spends a lot of time in airports, but obviously the best way to pass the time is to take a selfie

4. Mr Smith is partial to an old classic from time to time

Night in by myself with Frank x

5. But then he loves all the latest new ones like us too ;)

Pop music at its best!!

6. He does an EXCELLENT impression of the 'in-pain' emoji - definite party trick right there

>Bring On Round Two! Disclosure Confirm A New Song Team Up With Sam Smith Is Coming!

7. Sam loves a funny Tumblr quote as much as the next guy

8. That beach body is GOING to happen for Sam whether it hurts him or not

Summer I'm coming for ya

9. And his willpower is SERIOUSLY strong - he can sit opposite someone eating chips whilst on a diet!?

Hot water for lunch for me!! Thanks @ameliafreer !!!! Love you really x #fastingishorrific

10. The guy who gave us 'In The Lonely Hour' clearly loves an arty shot of a skyline as well

Guess which ones mine

12. Sam's love for the Disclosure brothers is never-ending, he's BASICALLY their third brother

Throwback to last year at COACHELLA with @disclosure xx wish I was there this year, but hope you're all having an amazing time xx

14. And finally, everyone has those really embarrassing school photos it's just whether you're man enough to post them - we salute you Sam!

How about that time I picked my name out of a hat in primary school and had to collect a healthy eating award looking like THIS!! Hahahaha Vision of health hahahaha 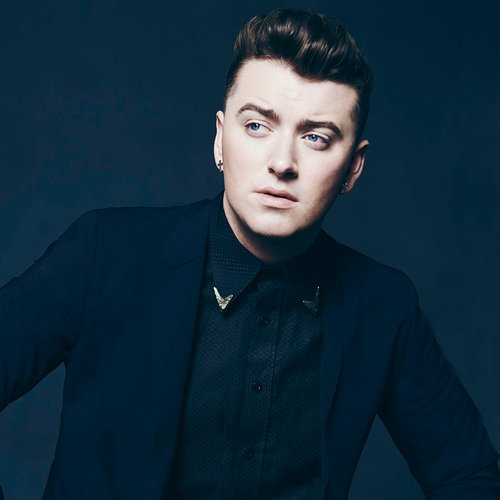