Rita Ora Agrees To Move In With Boyfriend Calvin Harris In LA? 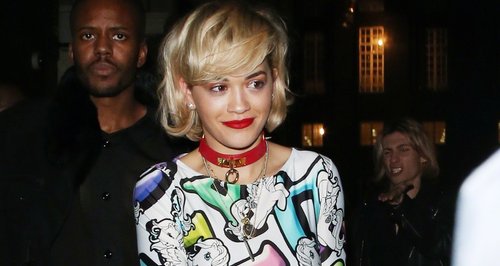 The 'Shine Ya Light' singer and 'Under Control' producer are said to be moving in together.

Rita Ora has reportedly agreed to move in with boyfriend Calvin Harris out in Beverley Hills, California.

The 'R.I.P.' singer is said to have been asked by Scottish DJ Calvin to take up residence in his Los Angeles property, after the pair went public with their romance back in 2013.

"It's no secret that there were times last year that they struggled, it isn't easy for any new couple to spend weeks at a time away from each other," a source close to Rita revealed to the Daily Star this week.

"Over Christmas, Calvin asked Rita to move in to his LA home full-time so their work commitments don't lead to a break-up.

"He believes they can make their relationship last if they both fully commit to it," they explained. "Calvin was delighted when Rita told him the answer was yes."

Towards the end of 2013 Rita confirmed that Calvin has been helping and advising her on the sound of her upcoming second studio album.