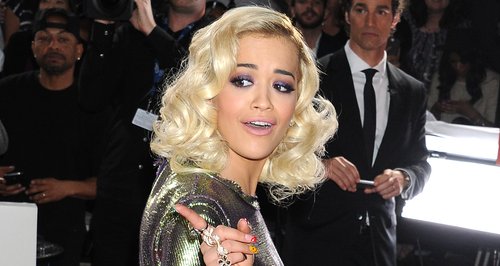 The 'R.I.P.' singer is readying the first single from the follow-up to her debut album 'ORA'.

Rita Ora has officially announced her brand new single 'I Will Never Let You Down' featuring Calvin Harris.

The 'Radioactive' star has teamed up with her DJ boyfriend Calvin for the track, which will serve as the lead single from her upcoming second studio album.

Rita announced the song yesterday (30th January) but has yet to officially premiere the track itself, promising fans she "can't wait" for them to hear it.

Rita Ora returned to the UK this week after a stay out in Los Angeles for the Grammy Awards, as well as shooting scenes for her role in the Fifty Shades Of Grey movie out in Vancouver.