Rita Ora Scores Third Vodafone Big Top 40 No.1 With 'I Will Never Let You Down' 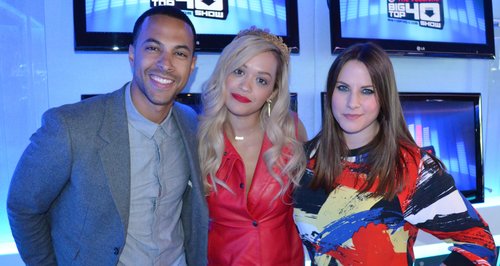 The London-born singer tops this weeks chart with the first track from her forthcoming second studio album.

Rita Ora has bagged herself ANOTHER Vodafone Big Top 40 No.1  with latest single 'I Will Never Let You Down', just hours after it became available to download on iTunes.

The track, which got its first play on Capital earlier this year, fought off stiff competition from last week's chart-topper from Mr Probz, 'Waves' to claim the top spot.

'I Will Never Let You Down' is taken from Ora's forthcoming second studio album, set for release later this year.

It's the third time the 23-year-old has topped the Vodafone Big Top 40, following chart success with debut single 'R.I.P', and follow-up 'Party (And BS)'.

Rita Ora was last week confirmed to perform at the Capital Summertime Ball at Wembley Stadium on Saturday June 21st. Tickets for the event have now sold out but keep it Capital all this week for your chance to win.

Check out this week's Top 10 chart in full.