The 'Midnight Sky' singer, Miley Cyrus, has split from her boyfriend, Cody Simpson, after the pair were dating for ten months, according to reports.

TMZ have reported that Miley Cyrus has ended her ten-month-long relationship with her now-ex boyfriend, Cody Simpson, as sources apparently confirm the split.

Neither Cody nor the Hannah Montana star have spoken about the split, but sources close to the couple have said that they ended things within the past few weeks.

This comes just days after Cody Simpson posted a snap to his Instagram Story, saying that he was "in love with my best friend." In the past, the duo have been very vocal about their love for each other on social media.

Miley began dating the Australian singer shortly after her split from Kaitlyn Carter, and the two were in a relationship for ten months, where they even got matching tattoos - his and hers tridents - together.

Some fans suspected the split when Miley teased her latest single, 'Midnight Sky' on Instagram, she posted the caption "Forever and ever no more" to her 113 million followers.

Forever and ever no more. 🖤 The #MidnightSky is the road I’m taking.... head high up in the clouds.

'Midnight Sky' is Miley's first song of the year, and was accompanied by her self-directed music video, featuring disco balls and microphone cord twirling.

> Grab Our App For The Latest Miley Cyrus News And Gossip 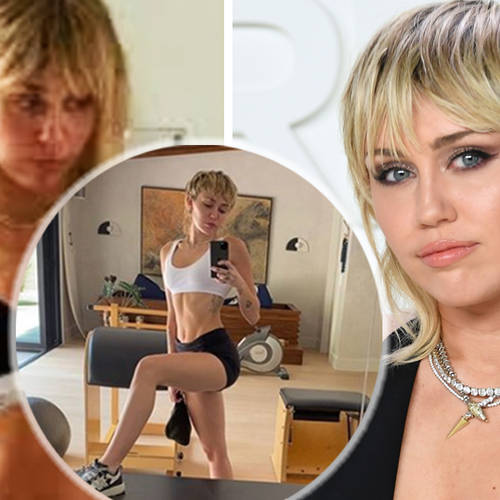