WATCH: Little Mix Reveal Behind The Scenes On Their ‘Touch’ Video Shoot… Including An Injury!

Check out what the girls got up to on set… and who ended up with a split lip!

Little Mix are pretty much the QUEEN of the music video – and they’ve given fans a look behind the scenes of their brand new ‘Touch’ promo… and revealed that one of them got injured during filming!

As well as seeing exactly how that ‘hot man maze’ came about, the girls revealed that Jesy Nelson managed to headbutt Leigh-Anne Pinnock during one of the dance sequences, splitting her lip open… ouch!

Featuring sexy dance moves and a wealth of hot men, it’s definitely one of the girls’ most grown up videos to date – and Leigh-Anne things it’s only natural as the band have grown up a lot since they burst onto the music scene. 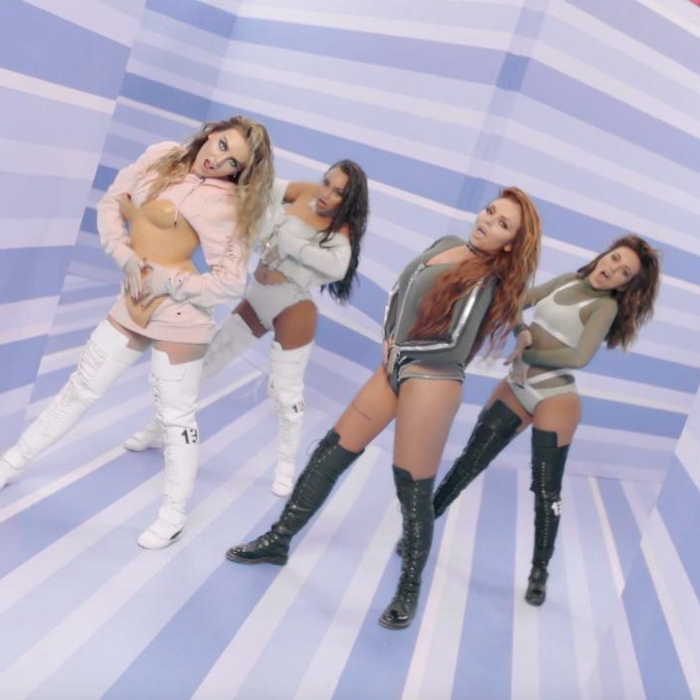 She explained, “Little Mix are starting to grow up even more now and we are young women and I think it’s a natural progression.”

The video was produced by Director X, who also directed the girls video for 'Black Magic' - so it's fair to say it was always going to be BIG, and it certainly didn't disappoint.