The 'Black Magic' stars promise an AMAZING video for their next release from 'Get Weird'.

The Little Mix girls have a BIG secret to share with us… they’ve already picked out their next single AND filmed the music video for it!

Little Mix's Jesy Nelson Gets Engaged To Jake Roche... With A Little Help From Ed Sheeran

The girls revealed the news exclusively to us while chatting about their newly announced third album ‘Get Weird’, following their HUGE success with lead single ‘Black Magic’ this month.

We do, but it’s a secret!” Perrie teased to Capital’s Toby Tarrant at Thorpe Park Resort at the weekend, before Jesy added: “We’re not allowed to say! We’ve already done the video for it! 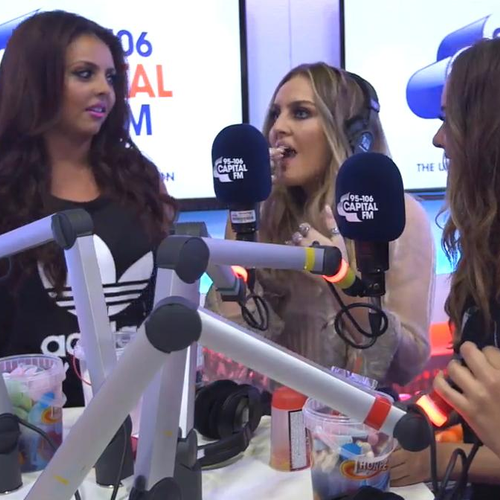 It was amazing,” Perrie revealed. “We shot it alongside ‘Black Magic’ in LA, two videos back-to-back, but we’re so excited for excited for everyone to see it.”

Little Mix are set to launch new album ‘Get Weird’ on 6th November.

WATCH: Little Mix Reveal Which Of Them Is The WORST For PDA