The girls are in such high demand, they're making extra stops in London and Birmingham in 2016!

Due to phenomenal demand, Perrie, Jade, Jesy and Leigh Anne will be performing two extra shows on their Get Weird 2016 tour.

The girls will be taking to the Wembley SSE Arena stage on 22nd April in London AND will perform a second show at Birmingham's Genting Arena on the evening of 3rd April after their matinee performance sold out.

Tickets for the London show are on sale now, with the Birmingham tickets being up for grabs on Friday (4th December). Click here to get yours!

'Kiss Me Quick' superstar Nathan Sykes is confirmed to be supporting Little Mix on their tour across the country.

"I’m really excited to be going on the road with Little Mix … It’s going to be a lot of fun and I’m looking forward to getting back on stage to perform tracks from my debut solo album," Nathan said of the announcement.

Perrie, Jesy, Leigh-Anne and Jade will take their 'Get Weird' live show across the UK in March 2016 performing tracks from their brand new studio album, plus all their biggest Vodafone Big Top 40 hits to date of course.

And now Little Mix have revealed a new date for Birmingham's Genting Arena on Sunday 3rd April has been confirmed, with tickets for the brand new date on sale now.

Tickets to Little Mix's 'Get Weird' UK tour are on sale now and you can get them at the link below: 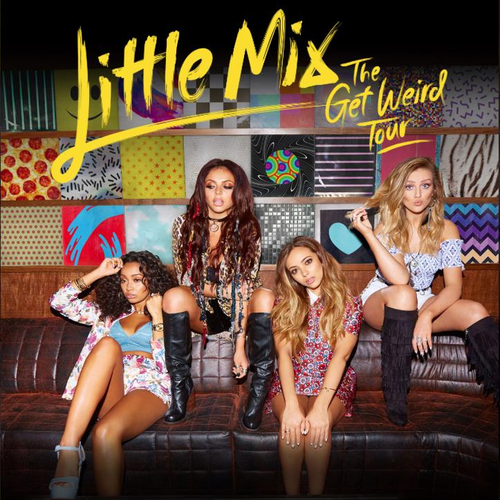 UK & Irish Mixers! As today is a VERY special day, we thought we'd make a little announcement for you guys...#TOUR https://t.co/6A5bcCxHcW