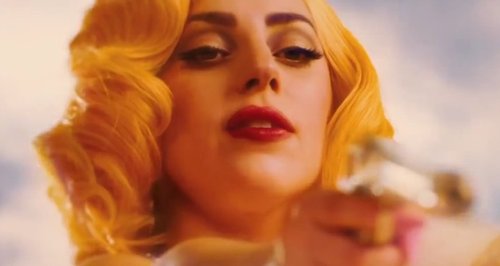 The 'Born This Way' singer releases the song as the next cut from her album 'ARTPOP'.

Lady Gaga has released an official song lyric music video for her song 'Aura' fresh from unveiling the full track list for her album 'ARTPOP'.

The 'Applause' singer's song 'Aura' featured on the soundtrack for the trailer of new film Machete Kills earlier this week, and now Gaga has given the track a full lyric video treatment.

Check out the official lyric video for Lady Gaga's 'Aura' below:

While Gaga has yet to confirm whether the song will be an official 'ARTPOP' single or not, 'Aura' does feature on the soundtrack for Machete Kills.

This week has been a busy one for the US star, who unveiled the 'ARTPOP' album artwork several days ago and released the full 15-tracklist last night (9th October).