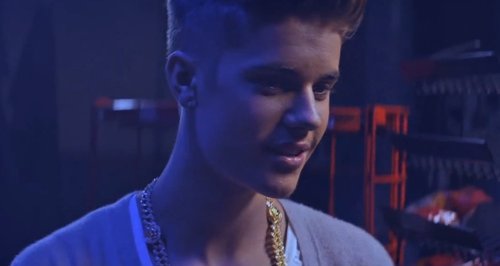 The 'Boyfriend' star returns with another music video from his recent digital album 'Journals'.

Justin Bieber is back with the sexy music video for his latest single 'Confident'.

The song, which features Chance the Rapper, is lifted from the Canadian star's 2014 album 'Journals', which launched at the start of January.

The 'Confident' video opens with Justin waiting for friends outside a club before spotting a beautiful girl, and trying throughout the video to flirt with her using chat-up lines and dance moves.

'Confident' follows 'All That Matters' and 'Heartbreaker' as the latest single to be released from the digital-only record.