Ever since Wednesday 22nd February, we've spent days of our lives just re-watching Ed Sheeran's amazing surprise collaboration with Stormzy, as they performed current Big Top 40 number one song 'Shape Of You (Remix)'.

So Roman Kemp did us all a solid and got Ed Sheeran in to perform some of the best tracks from his album '÷', and he even brought the 'Big For Your Boots' grime star along too. This performance of 'Shape Of You' is simply incredible.

With Ed being Ed, there was no surprise when he put on one hell of a show. Stood in front of a huge ÷ logo and a massive wall of lights, he performed a breathtaking set, including recent hits like 'How Would You Feel' and a jaw-dropping cover of Hailee Steinfeld & Grey's huge hit, 'Starving'.

The red-haired legend also managed to recreate his huge backing vocals using pedals on the floor, just in case you needed more evidence that he's one of the most talented singer-songwriters out there.

Ed Sheeran chose to cover Hailee Steinfeld and Grey's 'Starving' because he "just really likes it". Classing it as a really great "pop song" and instantly knew he wanted to cover it. Even if he did it totally off the cuff! And yet it still sounds as good as this! This did, however, lead to Ed Sheeran agreeing to become a corny DJ at Roman and Hailee's prom. Don't. Even. Ask...

Ed Sheeran - 'How Would You Feel (Paean)'

Ed exclusively explained that this track was inspired by his girlfriend, who flew back to his hometown from New York for a festival where the couple rekindled their romance. As she was in the taxi leaving to head back to NY, Sheeran - being the dream that he is - wrote her a song for her to listen to. It wasn't until the last minute when he realised he probably should put it on his studio album!

Ed Sheeran - Castle On The Hill'

When Ed first shared brand new music in 2017, it was 'Shape Of You' and 'Castle On The Hill' that he released and we still can't get enough of them both! 'Castle On The Hill' is an ode to Ed's home back in Suffolk and you can hear the passion in his voice every time he sings it. We couldn't let him leave without doing a live session of this one!

> Ed Sheeran Drops Pretty Subtle Hints That He'd Be Game For A Collab With Sam Smith!

Ed's third studio album '÷' is out now and you can grab your copy on Apple Music here. 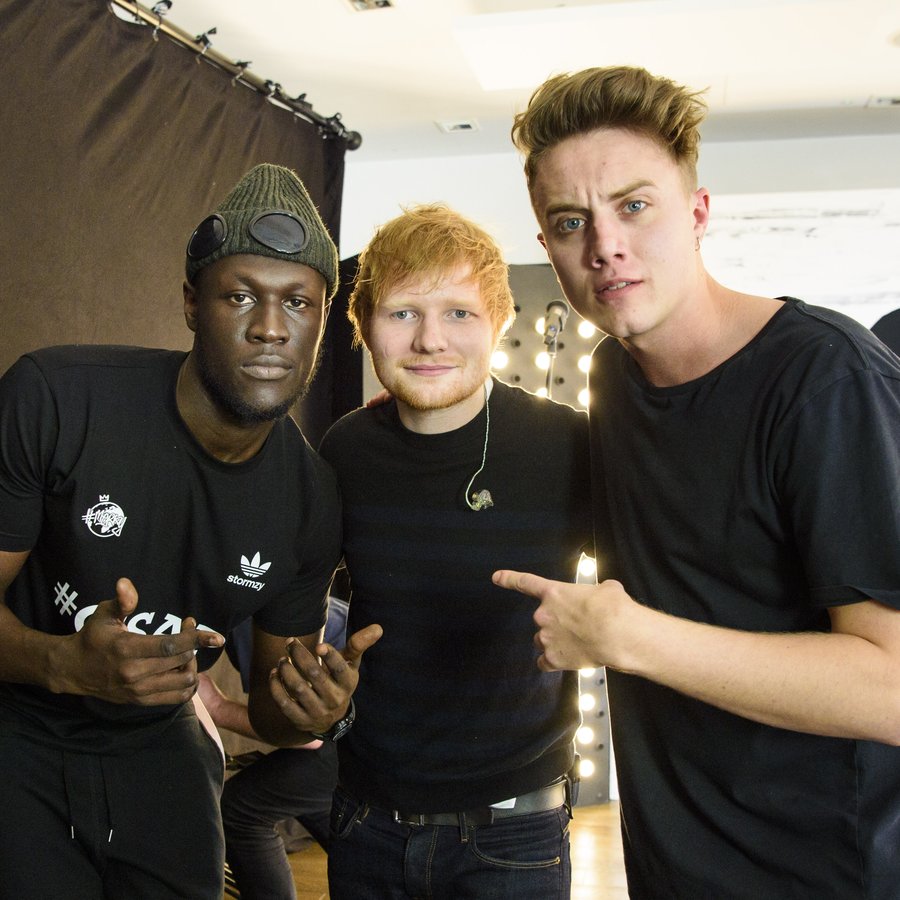 > Tune In From 7PM Monday - Thursday To Hear Roman Kemp Chat To All Of Your Favourite Stars, By Downloading The App!