This is NOT what we expected to see the 'Drunk' star up to!

Stop EVERYTHING you're doing - the panic is OVER! Yes, we've found Ed Sheeran and he's in Japan... eating sea snails wearing a pink tutu?

OK, we promise that's accurate BUT we should probably explain that it's all for a good charitable cause! The 'Don't' singer promised fans he'd chow down on some fermented beans and a giant terrifying looking sea snail (all while wearing a rather fetching tutu) if they raised enough money.

And happily for all of us the #Sheerios obliged and raised a LOT of money - so naturally Ed got his kit on, steeled himself and took a fair few bites out of the rather stomach-churning delicacies. Suffice to say... it's a good job he had a bag on hand for what came after!

Obviously it's incredible Ed's helped raise so much money for charity. But mainly - we're just glad to see Ed Sheeran's face alive, well and happy out on his 'gap year' style break from music this year! 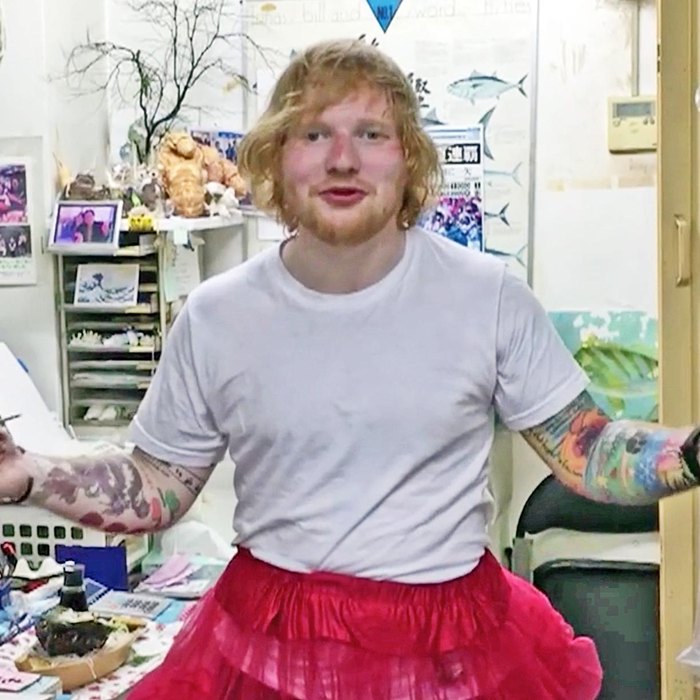