The 'A Team' singer describes Ben Drew's directorial debut as an "amazing piece of film".

The 'Lego House' singer-songwriter stepped out for the London premiere in a dark blue shirt, black jeans and trainers to support the new independent film, while Professor Green attended with his girlfriend, Made In Chelsea star Millie Mackintosh.

"Saw Ill Manors tonight," Ed tweeted after the event yesterday. "It was an amazing piece of film and I recommend everyone see it at some point."

"While on the subject of 'ill Manors' Plan B absolutely smacked it as did those in it. Make sure you see it!" Professor Green also posted.

Fellow UK rapper Example was also in attendance at the event, as were hip-hip duo Rizzle Kicks, and had similarly positive comments about Plan B's directorial debut.

He wrote: "Just left the premiere. Strongly advise everyone to go and see my mate Plan B's new film. ill Manors is the truth."

Ill Manors is due to officially launch in UK cinemas from 6th June.

View a picture of Ed Sheeran posing with Rizzle Kicks and Example at the premiere below (Credit: Getty):

View a picture of Professor Green with girlfriend Millie Mackintosh at the event below (Credit: Getty): 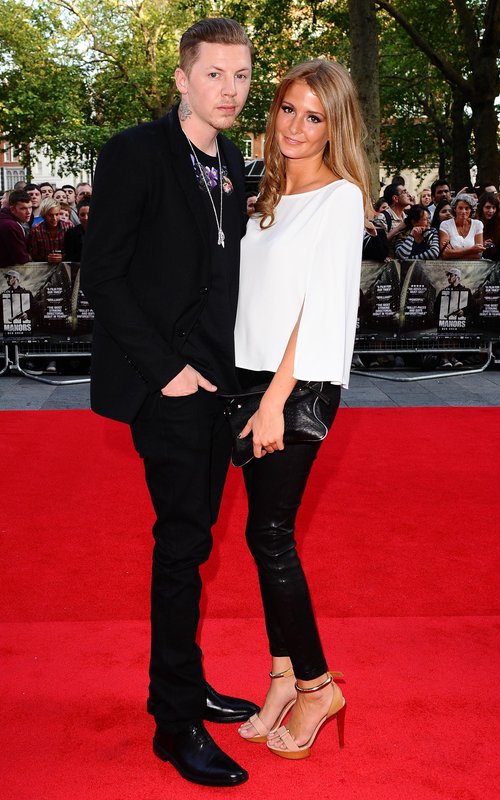