“I’ve Got Big Feet!” Ed Sheeran Reveals All About That Photo Of Him Giving His Shoes To His GF

He pretty much became #BoyfriendGoals after this pic emerged.

Following the BRIT Awards afterparty, pictures emerged of Ed Sheeran being the ULTIMATE gentleman and giving his trainers to his girlfriend, Cherry Seaborn, when her heels broke – but despite his gentlemanly gesture Ed’s worried people think he has small feet!

When Ed stopped by Capital – in between tattooing his name onto Roman Kemp’s leg – Ed revealed all about what had happened on that famous night – and how people didn’t believe shoe-gate wasn’t actually planned.

He revealed, “I feel like people think that was more planned than it was. It was literally that she didn’t have socks on so I was like ‘take my shoes’.” 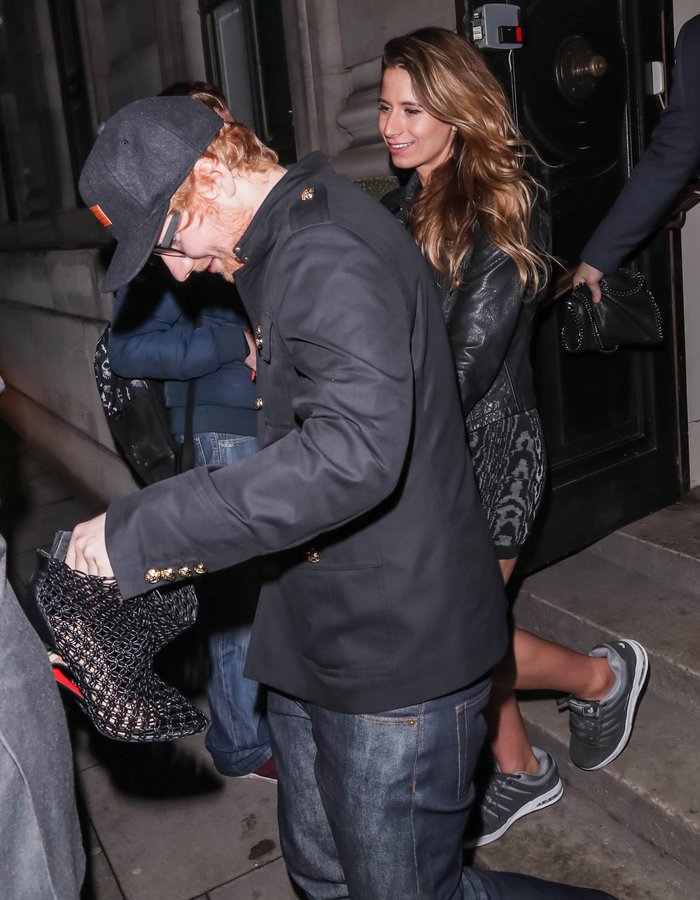 And aside from risking getting wet feet, Ed had one major concern after the photos emerged. He admitted, “Also, people say that the shoes look small on her and that I have small feet – I’m a size 11! I’ve got big feet! I don’t want people thinking I’ve got really small feet!”

Make sure you keep it Capital tonight from 7pm to hear Ed's FIRST performance of some of his brand new songs in our exclusive live session!

Ed Sheeran Drops Pretty Subtle Hints That He'd Be Game For A Collab With Sam Smith!

What Happened With Mark, LC And Jessica After Love Is Blind? A Timeline Of Events

When Is Married At First Sight UK Coming Back?

When Was Love Is Blind: After The Altar Filmed?