Did Beyoncé Just Hint At The Gender Of Her Twins? Fans Think They Know What She’s Having

How cute would this be?

This week already got 87% better when Beyoncé announced her second pregnancy with twins, but fans think they have now worked out the gender of the babies too!

According to the #Beyhive, they suspect that Bey and Jay Z are having a boy and a girl thanks to the colours in her pregnancy announcement photo.

Given that she’s wearing a pink bra and blue knickers, people have assumed Bey is giving her followers a secret hint at a new brother and sister for Blue Ivy, and Radar Online the babies were conceived by IVF. 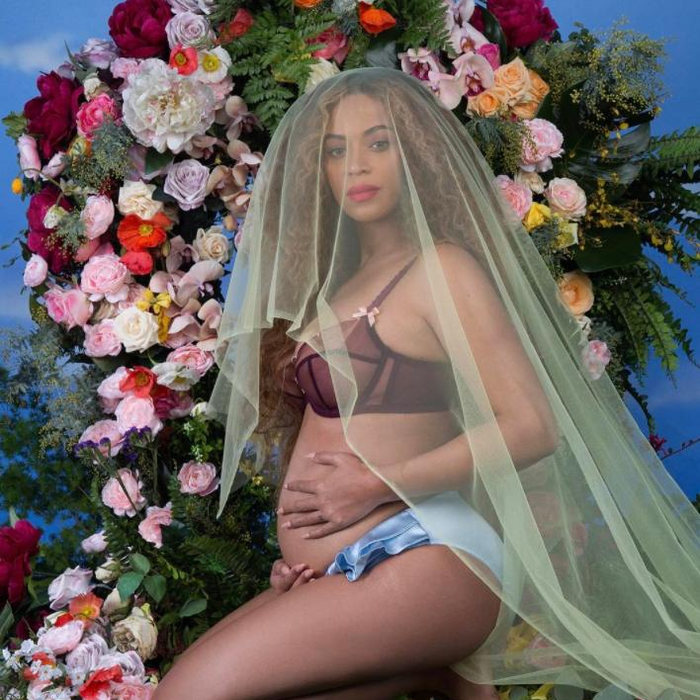 An insider told the website, “Beyonce and Jay Z chose one female and one male embryo. Beyonce had a really hard time conceiving on her own, so it was an easy decision for them to choose the IVF route.”

Beyoncé's dad also told the Insider, "I'm extremely, extremely proud and happy, both with Jay and her. And Blue Ivy is gonna have some brothers and sisters. Blue Ivy is already excited." IS THAT CONFIRMATION?!

We’ll have to wait and see whether the rumours are true – either way, we’re SO excited to see BeyZ’s two new bundles of joy!

Beyoncé Just Announced She's Pregnant With Twins, With The Most Beautiful Picture We've Ever Seen...