She may be little but that voice is MIGHTY! Ariana Grande blew everyone away with her high notes at the #CapitalSTB!

It was definitely not a performance to be missed - Ariana Grande stole the show with some SERIOUS vocal stylings and unbelievable dance routines - this girl can SING!

Ariana treated the 80,000 strong crowd to three massive songs including 'Problem' and her solo version of her joint song 'Bang Bang' with Nicki Minaj and Jessie J in one of the sexiest outfits of the night - a black leotard and hoody with thigh high boots… HOT! And yes, she DID do the rap, too! 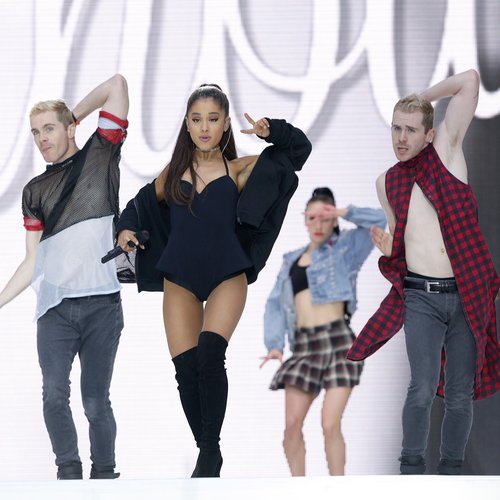 Ari's how was a spectacle of amazing dance routines and dancers, and she made sure she had all bases covered by taking to the centre stage mid-way through her set - how she manages to dance in those sky high heels is beyond us!

Her 'Bang Bang' high note had the crowds going crazy and Ariana cemented her place as one of pop's biggest voices. She thanked the crowd, "Thank you Capital and Summertime Ball! Woop!" as she exited the stage to massive cheers. We heart you, Ms Grande!

Needless to say, Twitter absolutely exploded when Ariana took to the stage:

ARIANA IS ON THE STAGE OH MY GOD

ariana killed it as always pic.twitter.com/eKAaz1dMPp