Her performance went down a storm last year… so Ariana Grande’s back to get you all dancing at the #CapitalSTB!

It’s just got BIGGER! As if you thought Capital’s Summertime Ball with Vodafone line up was already looking MASSIVE, Ariana Grande is the latest name to be added to the bill!

Fresh off the success of her new single, ‘Dangerous Woman’, Ari will no doubt be bringing some new songs from her brand new album as well as some of her classics we all know and love.

Ariana told us what we can expect from her performance, "I'm so, so, so excited. You'll have to wait and see, I'm not going to ruin any surprises. I'm really excited to be performing new material and to see my fans, it's not often that I get to come and perform out here so I'm very excited. I'll see you there!"

Ariana joins the likes of Little Mix, Flo Rida, Nathan Sykes and MORE for the biggest music event of the summer – and we’ve still got LOADS of names yet to announce! 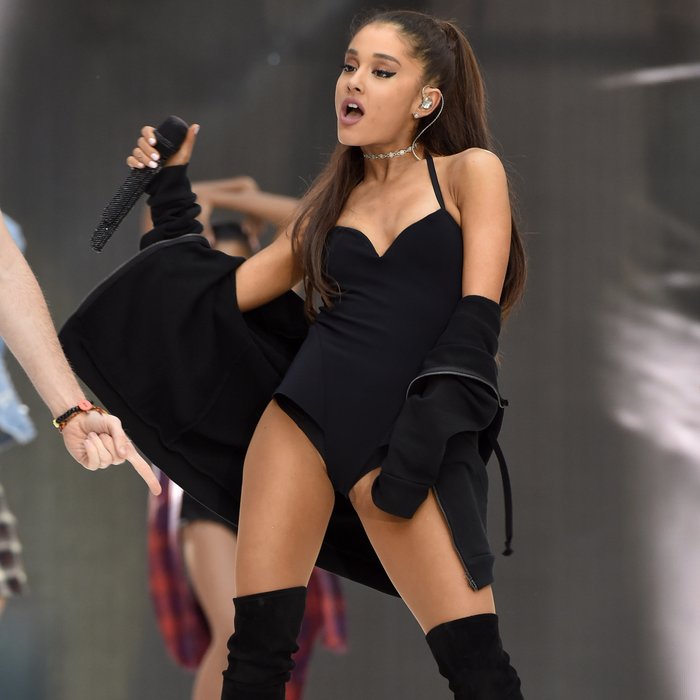 Keep it Capital to find out who else will be joining Ariana at this year’s show – it’s going to be HUGE!

Capital’s Summertime Ball with Vodafone, returns to the world-famous Wembley Stadium on Saturday June 11th. Tickets go on sale this Thursday (28th April) at 8am. Keep it Capital Breakfast all this week as we reveal even more HUGE hit music acts coming together for this summer’s BIGGEST party.