WATCH: James Corden Ditches Carpool Karaoke And Gets Random Strangers To Join Him In A Huge Conga Line 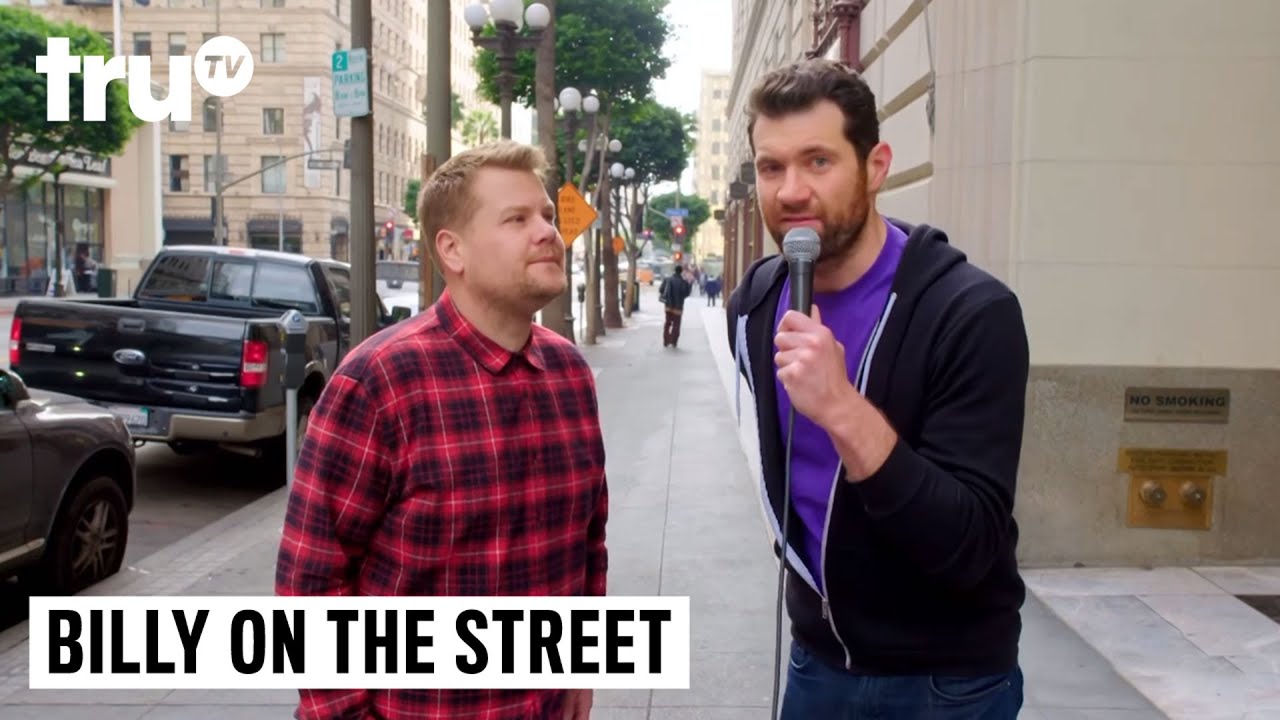 Billy on the Street - Curbside Conga Line with James Corden!

You don't have to ask us twice to join in...

Anything James Corden can do, American comedian, Billy Eichner, can (try to) do better. That's why Billy invited the Late Late Show host onto 'Billy on the Street' to try and make him a viral megastar.

"He sits in that goddamn car and sings songs with Chewbacca Mom" Billy jokingly shouted as he tried to top James' Carpool Karaoke with his own segment - Curbside Conga Line.

James Corden and Billy strolled through the streets of Los Angeles, and tried to get as many pedestrians to join in with their conga line, in an attempt to top the likes of Adele and Bieber's appearances in James' car.

And if you don't think that's sheer desperation for Eichner, wait until he dons a Deadpool mask and screams "It doesn't have to be good; it just has to autoplay on Facebook!"

Of course, this is the first viral segment the pair will take part in, with Billy set to make an appearance on Apple TV's upcoming Carpool Karaoke spinoff series.