WATCH: Has The Lion King Been A HUGE Fake This Entire Time?!

We've got watched this film on VHS, DVD and Blu-ray. Who didn't love 'The Lion King'?! We say "didn't" because we're not so sure on it now we've found out THIS massive lie.

The Lion King. The clue's in the title really, isn't it?

Well, that's where you're wrong. 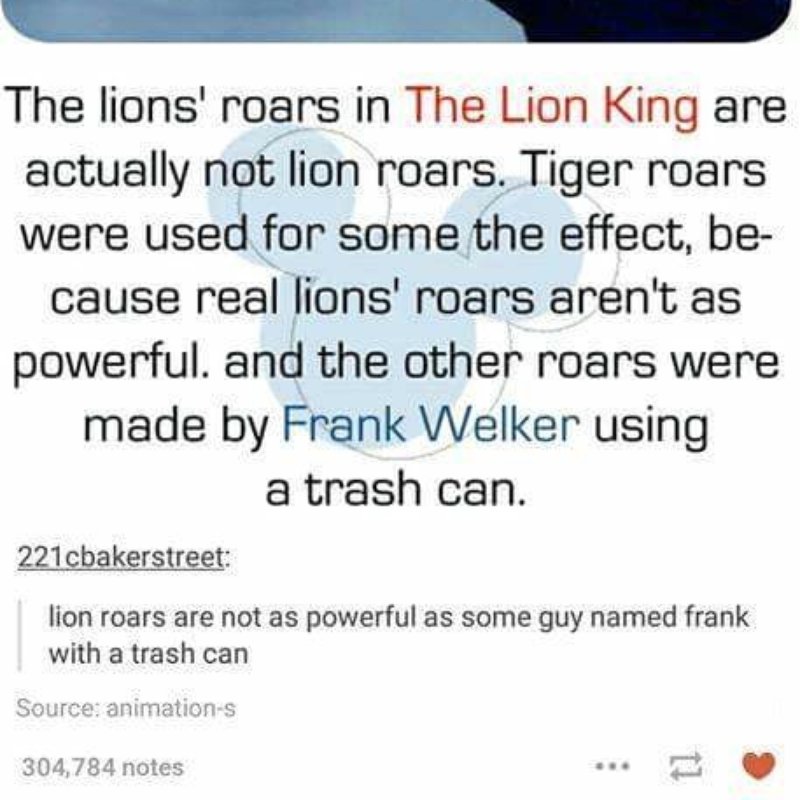 That's right. It turns out that every time you heard Simba and the rest of his furry friends roaring, it was actually the sound of tigers. Oh, and some bloke with a bin named Frank. Obviously.

But then again, if that video of Frank didn't ease the pain of this lie, then we don't know what will.