The latest in many massive TikTok trends, the ‘Rasputin Challenge’ is taking over people’s feeds.

Another example in how TikTok is influencing the charts, Boney M’s 1978 song ‘Rasputin’ is back in the downloads after a viral trend inspired by the track took over the app.

The challenge sees users basically flexing their muscles for a whole entire clip, with most lads whipping off their shirt to show off their guns.

TikTok Reveals 'For You' Page Algorithm Secrets For First Time

Thousands have taken on the challenge, rivalling the muscles of some of the most popular videos.

The trend even comes with its own dance routine, copying Boney M’s moves of waving their arm out in front of them before squatting and leaping in the air.

Bicep flexes are thrown in multiple times, of course.

Rasputin was of course a Russian mystic known for the size of his manhood which is apparently now kept in a jar in a museum.

Boney M's song is all about the attention the preacher got, with lyrics like:

Most people looked at him with terror and with fear

But to Moscow chicks he was such a lovely dear

Full of ecstasy and fire

But he also was the kind of teacher

We hope this TikTokers are listening to these lyrics, because some of them are totally NSFW. 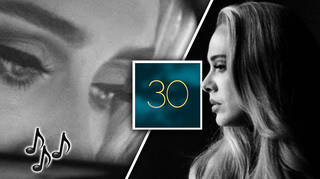 Adele's 'Easy On Me' Lyrics: Inside The Heartbreak Comeback