FINALLY THE DAY HAS ARRIVED.

Pretty Little Liars is back in all it's weird, gory, stressful wonderfulness. Hear that? That’s the sound of us getting the bunting out because we legit couldn’t be more excited. 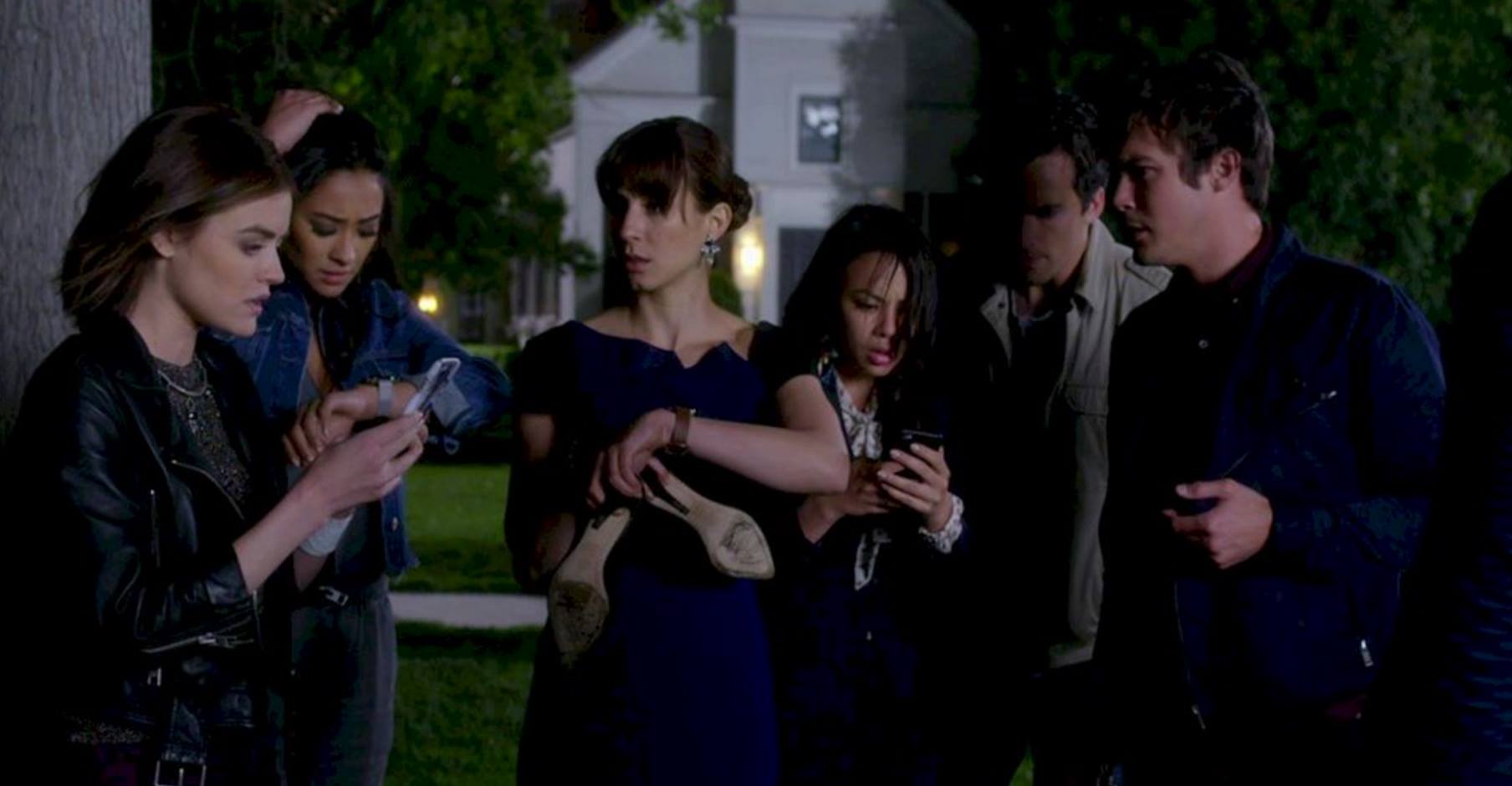 The hit TV show has returned after an eight-month hiatus and it seems that A.D. was incredibly productive during their time off.

The episode, which is available on Netflix, begins the story as the Liars embark on their last journey to finally unmask the identity of the their tormentor.

Here’s what we learnt during the first episode and WARNING: THERE ARE SO MANY SPOILERS IN THIS ARTICLE. Don’t blame us if you ruin the episode for yourself - you have been warned.

THANK ALL THINGS HEAVEN AND HOLY. Spencer is alive and kicking. YES, YES AND YES.

You might remember that she got lost in a fair amount of blood when she was shot towards the end of the last season, but she gets discharged from hospital after a few days with her arm merely in a sling. Not so bad, right?

She’s under the impression that Jenna shot her, but according to Rosewood PD (who, you know, are SO GOOD at their jobs, as they proved all the times that they caught A), the gun that Jenna had didn’t match that of the one that shot Spencer.

Oh, and there’s a massive surprise about her Mum - turns out, Mary Drake actually IS her mother.

Typically, it’s not long until Spencer and the Liars hear from A.D. Spencer receives a box containing a board game, which is called Liar’s Lament. Inside is a set of cards which read, “endgame, b****es”. They all agree not to play it, but Spencer caves after receiving a message from A.D. asking if she’d like to “get closer” to her mother.

The game then shows Spencer a photo of a ‘sick friend’ and helpfully displays a photo of Toby. Naturally, Spencer feels strange about visiting Toby what with his girlfriend, Yvonne, now being in a medically-induced coma.

… are FINALLY back together. JACKPOT.

Caleb somehow convinces Hanna to let him handle the A.D. search from now on so Hanna throws herself into her work. But, her emotions get the better of her and she eventually takes a knife to Liar’s Lament… just before the game lights up and queues up a blackmail video of the Liars burying Archer Dunhill.

Yep, she landed the role of the swim coach for Rosewood High where she will work with both Allison and Paige.

She’s beyond stressed, naturally, about having “a perfect stranger’s baby” and bats away Emily’s help and moral support. She then goes on to state that she only kissed Emily because she was feeling vulnerable but does proceed to instigate a passive-aggressive fight between herself and Paige.

Ezra comes back from New York where he was with Nicole after she was found in Colombia. Aria has her suitcase packed but Ezra quickly reassures her that nothing has changed and that he wants her to stay.

Aria then throws herself into planning the wedding with Ezra, which in turn leads to an encounter with her old pal, Holden. As it turns out, Aria happens to be with Holden when Ezra tells her that he’s going back to New York at the request of Nicole’s parents.