WATCH: Lewis Capaldi Got Absolutely Roasted On 'Who Wants To Be A Millionaire'

Lewis Capaldi has been brought back down to planet earth after a 'Who Wants To Be A Millionaire' contestant had no idea who he was, let alone his number 1 album.

Lewis Capaldi has responded in a hilarious way after a Who Wants To Be A Millionaire contestant confessed they had absolutely no idea who he was, let alone his chart topping album that was the subject of a question on the show.

The clip sees a contestant asked which artist is behind the 'Number 1 album, Divinely Uninspired to a Hellish Extent', with the options including Robbie Williams, our man Lewis.

The contestant says: "I don't even know who Lewis Capaldi is.'

Rising to the embarrassing occasion, Lewis posted a series of tweets joking about how successful he thought he had began, only to have it snatched away and a sharp reality check sent his way.

He wrote sarcastically, alongside the clip: "Me: wow can’t believe we’ve sold 1 million copies of my album in the U.K. this week, I’ve made it!!"

Me looking at myself in the mirror having an existential crisis after a weekend on the booze pic.twitter.com/P7BzsA1wRy

Always the savvy businessman, the 23-year-old even announced he was going to be making merch, as well as changing his entire Twitter name to "i don't even know who Lewis Capaldi is."

He wrote: "I don’t even know who Lewis Capaldi is’ merch coming in the next few days."

‘I don’t even know who Lewis Capaldi is’ merch coming in the next few days pic.twitter.com/9NDGO0udCI

We actually missed the 'Bruises' singer on social media for a while, but the Scottish star is definitely back for good, even joking about using auto tune in his music the other day.

Me knowing there’s auto tune on every song on my album: pic.twitter.com/utWtiRawbk

So, let this be a lesson to all you pop stars out there, you can think you're the hottest thing in the world, but if someone is in the hot seat trying to win a million pounds, and they can't for the life of them think of who you are- you're still not at the top!

Also- we would totally buy one of those t-shirts, just saying.

Me: wow can’t believe we’ve sold 1 million copies of my album in the U.K. this week, I’ve made it!!

> Download Our App For All The Latest Lewis Capaldi News 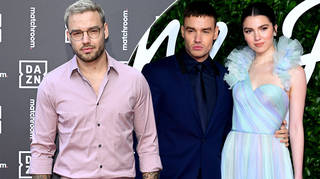 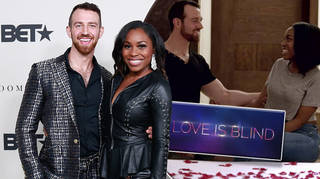