John Boyega has responded after an online marriage proposal from an American graduate went viral.

John Boyega has been left in hysterics after fans thought he accepted a marriage proposal on social media.

The Star Wars actor took to Twitter to respond to claims he had been taken off the market.

It all started when a US university graduate and comedian called Raina Morris shared a video of her showing off her figure, saying: “John if you’re watching this I’m 5’ 7 and I have a lot of free time.”

The short clip has already raked in 2.7million views and was captioned: “This video is for John Boyega please consider me for marriage. I have good genes (never had braces) and I can learn how to cook.”

Hi Raina, I would love to consider you for marriage. Just drop me a quick DM and we can go from there! https://t.co/O7wc8Ckzlb

The tweet popped off after a fake account using the star’s profile picture and a similar bio responded to the proposal with: “Hi Raina, I would love to consider you for marriage.

“Just drop me a quick DM and we can go from there!”

Raina quickly got her hopes up before realising it wasn’t actually the actor responding.

Fans were extremely confused after also being convinced by the fake tweet until John came to Twitter to address the rumours.

What kind of corny response is this ? At least if you’re pretending to be me...add sauce to your approach na 😫😂 https://t.co/xPSSy9PHFQ

Nah all of you that were convinced by the fake profile come and beg me. pic.twitter.com/b2uAPswfZg

"Nah the TL has become my Nigerian parents today. Pls pls let me fulfil purpose before you all kill me [laughing emojis] [sic],” he then went on to respond to a series of wedding dress memes with laughing emojis.

John added: "So someone faked a response from me and I’m being beaten for it [laughing emojis] Twitter is f***ed up.”

The Hollywood actor then responded to the fake account in the funniest way, saying: "What kind of corny response is this ? At least if you’re pretending to be me...add sauce to your approach na [laughing emoji] [sic],” and fans were sent into hysterics.

John added: "Nah all of you that were convinced by the fake profile come and beg me.”

So at least it’s official, John is still single!

> Download Our App For All The Latest Black Lives Matter News 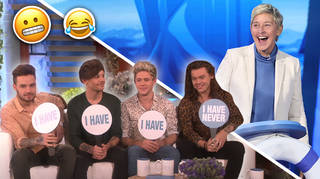