A never-before-seen photo of Harry Styles and Kid Harpoon has been shared and fans have been gushing over the snap of the singer in the studio.

Pictures of Harry Styles are always good for the soul, but as we’re sure you’ll agree - especially unseen ones!

The latest rare finding of the former One Direction star is a snap that was shared on the birthday of his good pal and songwriter, Kid Harpoon.

It shows the pair sat side-by-side in a vintage-inspired photo, with a younger Haz strumming his guitar.

The pic appears to have been shared by Kid Harpoon’s wife, Jenny, and has now circulated on Twitter, with fans rushing to gush over the unseen snap of Harry!

Another joked: “Telling them this was my grandpa in his young ages.”

Others went on to try and guess which year the snap was taken, with many thinking it was from 2017 when they worked on Harry’s debut self-titled album.

“I think it was when the two of them made the HS album,” shared one fan.

.I think it was when the two of them made the HS album. https://t.co/jXw3SyVJMJ

“What year are we guessing besties?? I’m guessing 2017,” guessed another.

Leave it up to Harry stans to know which year the pic was taken, just by looking at the snap!

This just has us thinking, how many other photos are out there of Harry that we haven’t seen yet?! 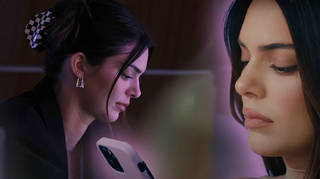