Gemma Collins is releasing a cover of 'Baby It's Cold Outside' in time for Christmas with her 'Celeb Big Brother' co-star, Darren Day and people are shook.

TOWIE's Gemma Collins is releasing a cover of 'Baby it's Cold Outside' with her Celebrity Big Brother co-star Darren Day as the reality star team up to try and bag a Christmas number one.

Announcing the news to her 2 million followers, there was a mixed reaction to the reality pair teaming up for a musical number, despite both having musical backgrounds.

In a teaser clip of the GC in the recording studio, the star begins by saying:

"To the nation it is the GC and Dazzle, he's not claustrophobic anymore."

"He's singing a song to cheer everyone up from what a terrible year this has been."

Gillian McKeith couldn't resist letting Gemma know how excited she is for the song, despite infamously being told to 'f*** off' by the star during her CBB stint down.

The song will be released on Friday 11th December, just in time for the Christmas chart countdown to begin.

Gemma let everyone know: "I wanted to do something fun and fabulous for you all for charity as it’s been a tough year for all, I hope this spreads some cheer and warmth in your hearts."

The news has caused the 39-year-old to trend on Twitter, with some critics eye-rolling at the upcoming musical duet, but many looking forward to some light-hearted festive cheer.

Who knows, in a year where anything can happen, will the GC and Dazzle be headed for the number 1 spot?!

Listen to Capital to hear the Official Big Top 40 with Will Manning every Sunday from 4-7pm!

> Download Our App For All The Latest TV & Film News 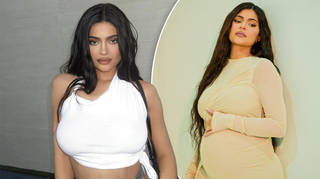