Vanessa Hudgens And Austin Butler Split After Nine Years Together

The actress ended her relationship with Austin Butler towards the end of 2019.

The pair - who had been dating since 2011 - saw rumours start circulating around their relationship, after they didn't share photos of each other over the Christmas period.

According to a source close to the two, they ended their long-term relationship at the end of 2019, saying "Vanessa and Austin are officially broken up, and Vanessa has been telling those close to her about their breakup."

Recently, Vanessa Hudgens holidayed in Switzerland and fans were quick to notice that she was on vacation without him. They also noted that they had spent New Year's Eve apart, as well.

According to her Instagram, the last time they were together was Halloween, as the pair wore matching Gothic costumes, with their dog, Darla.

She shared the spooky snap to her 37 million followers with the caption "Happy Halloween from my family to yours." Meanwhile, the last time Austin shared a photo of Vanessa was in July, as they attended the Once Upon A Time In Hollywood premiere.

Previously, Vanessa has spoken about being in no rush to be married. She told Women's Health that she'd want to become a wife in her late 30s.

They first went public with their relationship in 2012, as they attended the premiere for Journey 2: The Mysterious Island. 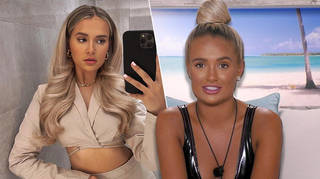