Here’s all the evidence.

After the news broke that Kim Kardashian and Kanye West’s surrogate had given birth yesterday, fans were quick to speculate that the surrogate was really Kylie Jenner.

Despite there being photos of another woman with her face blurred out for privacy, fans thought it was all a decoy and Kylie was really carrying the couple’s child for them.

So here are all the reasons why Kylie definitely isn’t the surrogate:

It's her first baby

Unlike Kourtney Kardashian, Kylie’s never had a baby before so it’s pretty unlikely she would want to carry a child for her sister before she’s even had one for herself, if indeed she is currently pregnant as rumoured.

Kylie’s only 20 years old and the fact that she’s not given birth before means most doctors would refuse to use her as a surrogate. Given that the reason Kim’s not carrying her own baby this time is due to a medical condition called placenta accreta, there’s no guarantee that Kylie’s first pregnancy would be easy or problem free, therefore first time mothers are generally not used as surrogates. Generally, most fertility clinics require the surrogate to have given birth to a child of their own, experience uncomplicated pregnancies and deliveries and had a full term pregnancy.

Do people really think Kylie was Kim's surrogate? If they do, they obviously don't know the guidelines/rules to being a surrogate...meaning Kylie could NOT be a surrogate.

Are Kylie and Kim even that close?

We reckon if Kylie WERE ever to volunteer as a surrogate in the future for any of her sisters, it would more likely be Khloe Kardashian – who has recently revealed her pregnancy after years of fertility worries – who Kylie seems much closer to than Kim.

Would Kylie give up taking bikini selfies for someone else’s child?

Being pregnant causes huge changes to your body, and given Kylie’s fondness for selfies wearing next to nothing to show off her curves and spending money to create her perfect face and body, we’re not convinced she would give all that up to carry a child that’s not her own. 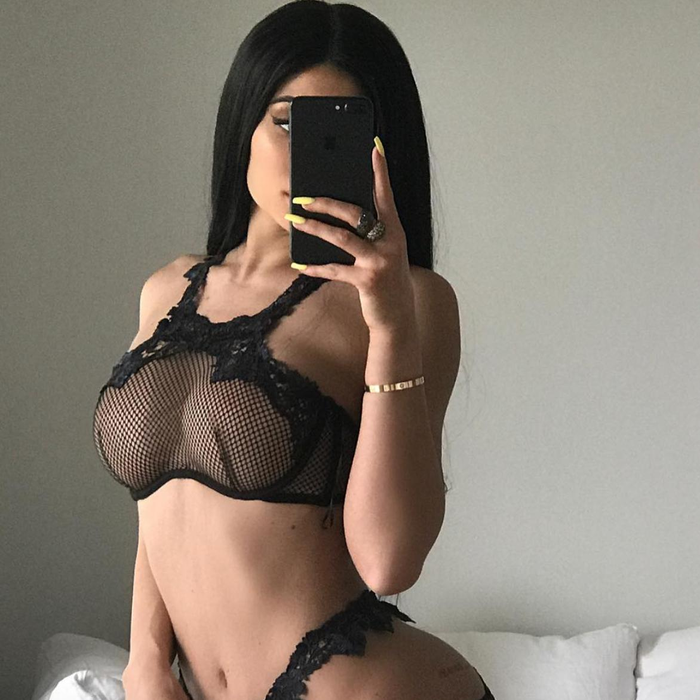 Would Kylie be selfless enough to do that for one of her sisters at all?

Carrying someone else’s baby is a big freaking deal, and it’s not like Kylie would need the $45,000 Kimye are said to have paid their surrogate. In fact, losing several months of highly lucrative work to go into hiding would actually cost Kylie a LOT – so would she be selfless enough to give up pretty much a year of her life to help Kim out?

I love the conspiracies that Kylie is just a surrogate for one of her sisters. I want to get behind them really. But I just don’t know if I’d believe Kylie to be so selfless to hold a baby inside her for nine months just to give it away.

While she has been acting extremely out of character by not being seen in public for several months and not posting pictures in her underwear like she normally does on Instagram, aside from her absence from the limelight and a couple of paparazzi photos that seem to show a hint of a bump, there’s no confirmation that Kylie is or ever was pregnant at all. The Kardashian family are probably the most media savvy clan around, so it wouldn’t be implausible that Kylie would go into hiding for a break, knowing that her radio silence would ensure she was always in the headlines and that speculation around a possible pregnancy would continue.