Ariana Grande has become the first woman to soar past 200 million Instagram followers.

Ariana Grande, 27, just broke an Instagram record by reaching an incredible 200 million followers on the platform.

It’s been a huge past year for Ariana, and the star was busy performing with Lady Gaga at the VMAs when she broke the record, meaning it may have been her stunning behind-the-scenes pictures which sent her follow count soaring.

The feat comes less than two years after she hit 100 million, but how did Ariana achieve such a milestone? Let’s take a look…

Ariana is a consistent uploader to Instagram, but she’s also known for engaging with her fans on Twitter, so her photos are always flooded with comments – especially when she shares behind-the-scenes clips and photos from her music videos and live performances.

Throughout lockdown, Ari loaned her vocals to a number of projects and her cover of ‘Won’t Say I’m In Love’ from Hercules for the Disney Family Singalong had fans listening to it on a loop.

She also uses her platform for important causes as she's a vocal Black Lives Matter activist, as well as encouraging her fans to vote and reminding them why it’s so important.

Considering she’s grown up in the spotlight after rising to fame on Nickelodeon, most of Ari’s fans have grown up with her while newer younger fans fell in love with her for her music.

And with sensational six albums already under her belt, it’s no surprise Ariana is constantly quizzed on when she’ll be releasing something new.

In between albums, Ari keeps fans glued to her social media pages for hints about what’s next – something she’s very good at keeping us all on our toes for.

Occasionally, fans will be treated to an outtake of one of her recordings, or a voice note she sent to one of her producers during the making of ‘Sweetner’.

And despite being notoriously private about her love life, Ariana knows just how much to share when it comes to her new boyfriend Dalton Gomez, adding a photo of them walking hand in hand to the end of a recent carousel of images.

screaming. 🖤 thank u soooooo much for coming to my show, Jungkook. it meant so much. love u sm 🌬

Nothing makes a fandom grow like sharing a photo with an equally as successful artist, so Ari’s pictures with BLACKPINK and BTS star Jungkook are among her top 10 most-liked uploads.

If it’s not a life update, Ari’s effortless selfies of her high ponytail tail and winged eyeliner are guaranteed to rack up millions of likes.

Proving how much power her Instagram account has; a recent selfie of Ari wearing a green bikini led to the two-piece to sell out instantly online.

> Download Our App For All The Latest Celebrity & TV News 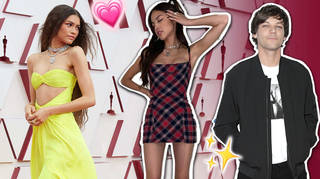 These 5 Celebs Talk Confidence – From Olivia Rodrigo to Louis Tomlinson 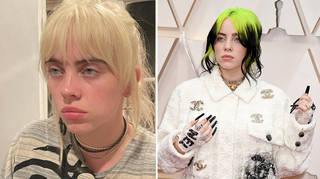 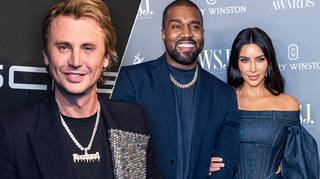 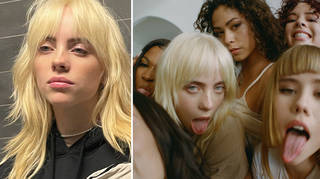