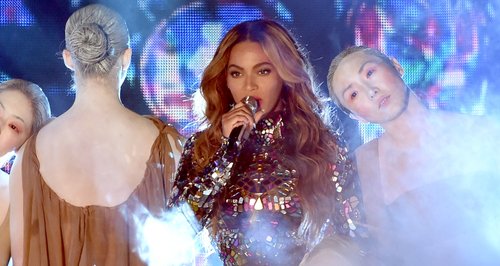 This year's winner of the Video Vanguard Award wowed the crowd with a performance of her entire critically acclaimed album.

Surprised that Queen Bey stole the show at the MTV VMAs 2014? No, we weren't either and neither were the #BeyHive!

Beyonce topped out an incredible list of performers at this year's ceremony in Los Angeles, but created an amazing moment when she performed a medley of her entire 2013 album to close out the event.

The 'Drunk In Love' star was presented with the Michael Jackson Video Vanguard Award at this year's VMAs, and closed the close with a show-stopping medley that had everyone from Jason Derulo and Taylor Swift to Lorde and Jessie J up out of their seats dancing and singing along. 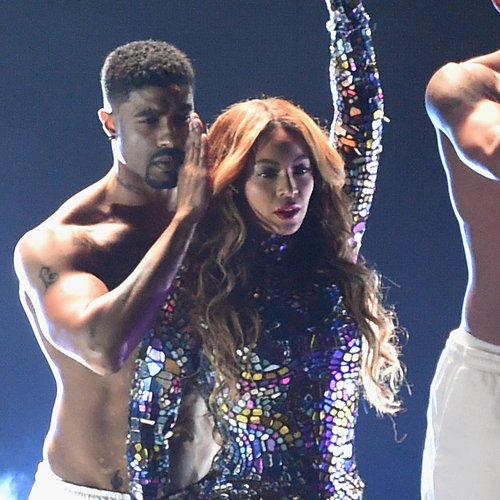 Earlier in the evening Beyonce ALSO picked up three more awards when she won Best Collaboration for 'Drunk In Love' and Best Cinematography and Best Video With A Social Message for 'Pretty Hurts'.

PLUS… you NEED to see this adorable GIF of Jay-Z and little Blue Ivy dancing from the crowd during Beyonce's big set!

And as the MTV VMAs 2014 drew to a close after all the winners and performers had had their moment, Jay-Z and Blue joined Bey on stage where the trio had a PICTURE PERFECT cuddle together!

Check out the full list of songs performed by Beyonce for her VMAs 2014 medley below:

Beyonce poses backstage at the VMAs with some of her awards from the night, below: 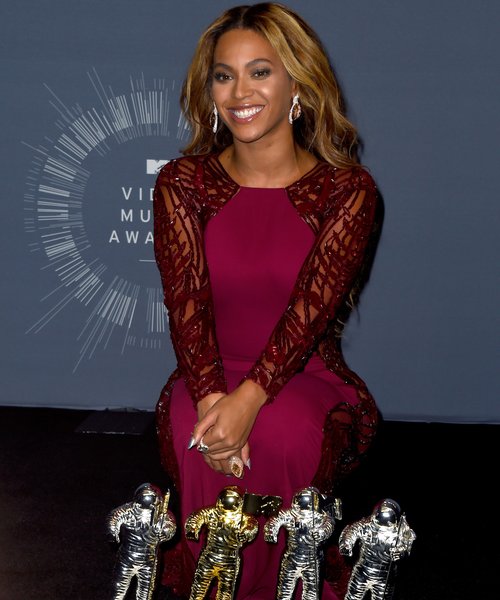