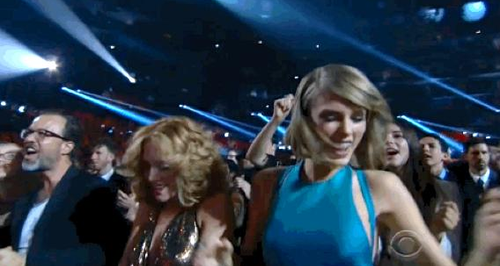 As well as epic performances, wins and outfits the Grammys has also proven to be a great source for entertainment! With Kanye storming the stage (again) and Iggy Azalea's internet breaking hair style we can't pick which moment made us hit share the most times.

You decide, check out these A-MAZING moments the internet is going cray over after the Grammys 2015:

This epic interaction between Taylor, Kanye and Jay Z!

Bey and Jay's reaction to Kanye

Even Paul McCartney got in on the dancing

Ariana getting lost in the fog

THIS meme of Prince

Rihanna being all fierce