We really needed this cleared up and Cee Lo himself has decided to do just that.

Adele's empowering speech for Beyoncé, Lady Gaga and Metallica's heavy performance and Chance The Rapper bagging two Grammys were just a few highlights from this year's big music bash. However, before the show, most eyes were on Cee Lo Green. 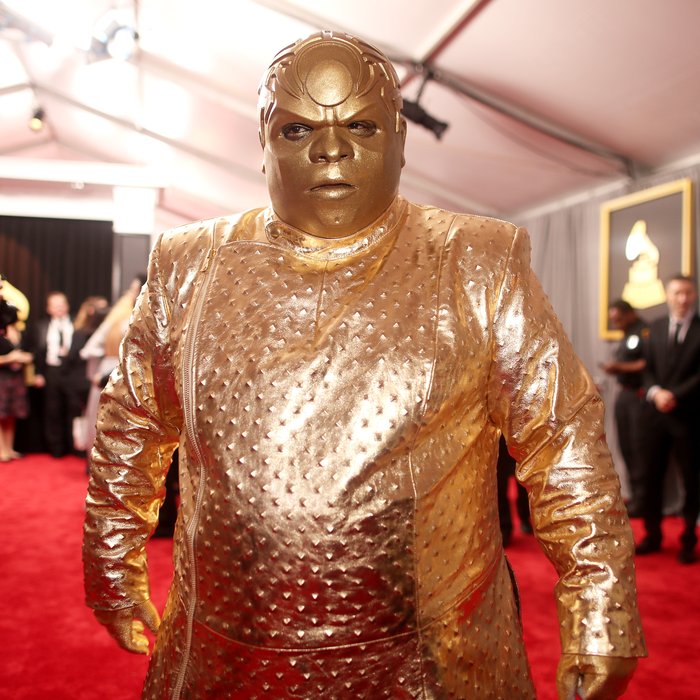 Yes, under all of that, believe it or not you'll find the 'Forget You' singer. Of course, it sparked a flurry of tweets as to what the hell was going on (and some were so on-point).

why is cee lo green out there looking like a ferrero rocher?#GRAMMYs pic.twitter.com/ujcMxpOUzY

cee lo looking like the sons of the harpy #GRAMMYs pic.twitter.com/eUdUvfCZM4

Of course, it could just be a statement right? Cee Lo was actually scared that we would forget him? Nope! Because just hours after the award ceremony, Green revealed on his own Twitter account that it is in fact a brand new persona.

Meet Gnarly Davidson! We checked out Gnarly's website and it leads with this funky video. We're getting some serious Gnarls Barkley vibes (also a lil warning, there's some strong language in the video).

He might be a little crazy, but god dammit, we love Cee Lo Green.