BRIT Awards 2013: As It Happened With Emeli Sande And One Direction

Relive all the winners, nominees and gossip from the O2 Arena with Capital FM.

Capital came live from the BRIT Awards at the O2 Arena in London (20th February) – and you can relive all the action as it happened right here.

Check out all the red carpet interviews and reaction to performances, as well all the news and pictures from the awards ceremony.

The ceremony at the O2 Arena featured performances from the likes of Justin Timberlake, Emeli Sande, Taylor Swift and One Direction.

Keep it Capital to relive all the BRITs action in our minute by minute coverage of the BRIT Awards 2013.

22:15 - That's a wrap! Congratulations to all of the winners and to the performers, you blew us all way. You can find the full winners list here.
22:01 - They may have missed out on an award earlier but One Direction have just cleaned up, bagging themselves the BRITs Global Success award.. We can hear a lot of happy Directioners. 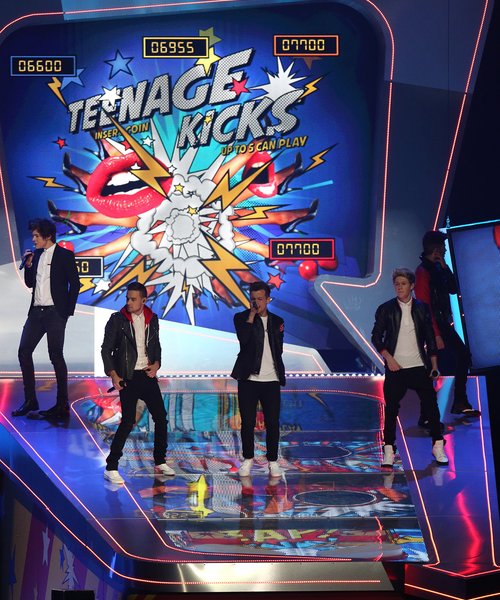 21:56 - Guess who won an award for Mastercard Album Of The Year, their second award of the night...

21:21 - Taylor's taken to the stage wearing a long white traditional looking dress to sing her new hit single 'Trouble', only for the dress to be ripped revealing a sexy skin tight black lacey playsuit. Robbie wants to know if it's his turn soon.. Patience Robbie!
If you're only just tuning in, you can check out pictures of performances so far below.

Pictures
> BRIT Awards 2013: Performances
Robbie Williams and Muse are among the early performers at the BRIT Awards in London.
21:16 - Best British Single with Capital FM goes to the lovely Adele with Skyfall. And this year everyone was VERY careful to ensure that her speech was not cut short. Bravo James Corden, bravo.
Adele was also sure to correct recent rumours that she was planning to settle across the pond, confirming that she will be returning to the UK soon.
20:59 - Best International Female Award goes to... Lana Del Ray. Sorry Ri Ri and Tay! Full winners list is here.
20:58 - Sharon Osbourne?! Now there are two women Harry Styles will be avoiding backstage! LOL
20:51 - BREAKING NEWS: Emlie Sandé's favourite member of One Direction is.... Zayn. We thought she didn't look too happy with Niall earlier... 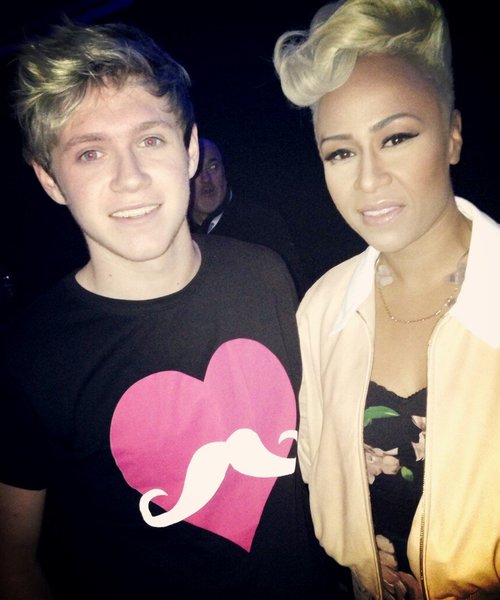 20:44 - Justin just blew the O2 away with his debut live performance of 'Mirrors'. Stay. On. The. Stage. What a performance. Read a full description of it here. 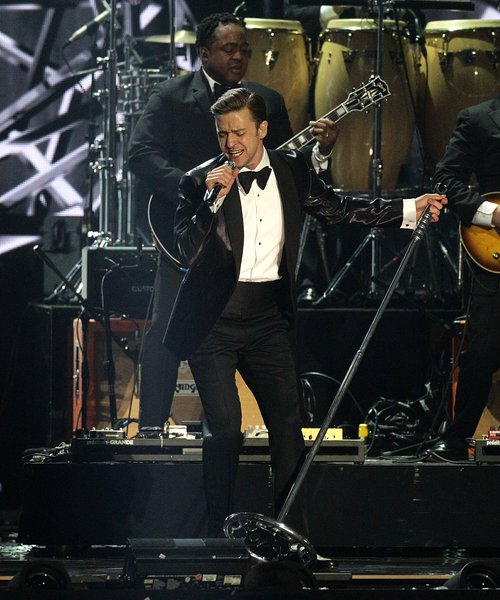 20:25 - The 1D boys have lost out on the Best British Group Award to Mumford and Sons! Keep an eye on the winners list here.
20:23- Robbie's taken the stage but Mr JT is just warming up... 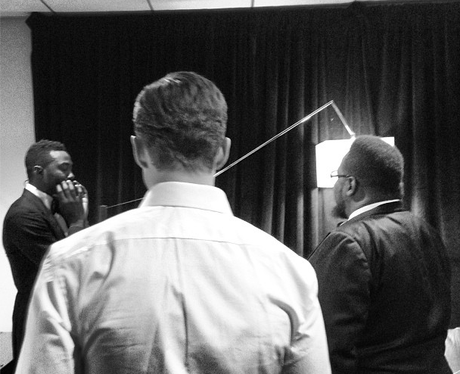 I am SO happy @emelisande won best british female solo! She deserves it soooooo much!!! What a year (cont) tl.gd/l3qejq

20:13 - Emeli Sandé has just won Best British Female, the first award of many tonight some might predict! We'll be updating the winners list here, stay on top of it!
20:11 - Conor just told us he's going to be doing shots will Will.I.am tonight! Tell us more Conor!
19:53 - The One Direction boys have been chatting to us on the red carpet about whether they think they can win the award for Best British Group this year. Unfortunately they didn't sound too hopeful... See what they had to say here.
19:06 - While some guests are still gracing the red carpet, Pro Green has had another idea...

Food is better at the Brits this year, and I snuck round the back! #relaxed instagr.am/p/V9r9EBPs11/ 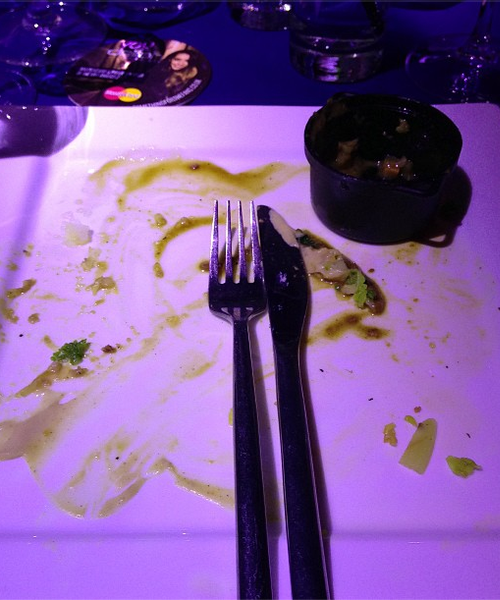 18:43 - It's back to black on the 2013 BRITs red carpet!
Taylor Swift and Jessie J have particularly caught our eye - both are wearing stunning black numbers. The 'Trouble' singer is still showing off her legs with mesh panelling across two thigh hight slits in her dress, whilst Jessie J has gone for the opposite look, covering her legs and showing off her chest in a particularly low cut number - sexy! Check out the ladies outfits here.
17:44 - It is hairspray and high heel mania here! Check out what suits and dresses all of the stars have gone for this year.

Pictures
> BRIT Awards 2013: Red Carpet Arrivals In Pictures
Follow all the live action from the red carpet as the biggest artists in the world arrive at the BRIT Awards.
17:15- We have just taken our place beside the red carpet and we're getting slightly excited watching all of the stars arrive! 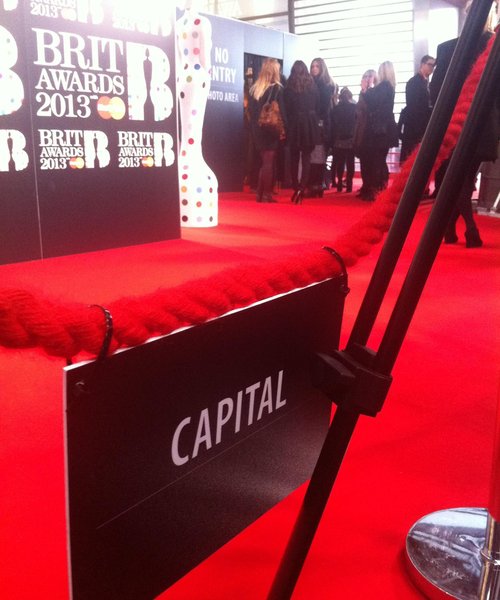 16:52 - Harry's been talking to us about sleepless nights, nerves and special guests ahead of tonight's show. Stop teasing us Harry! Listen to what Harry said when we bumped in to him backstage.

Seeing as I haven't been nominated for any awards this year, I'm really looking forward to sitting there playing my tamagotchi at the Brits.

15:46 - Capital FM's Max caught up with Liam Payne about what it was like bumping in to his idol backstage and how he was preparing for tonights performance. Click here to hear catch up on everything Liam chatted to Capital FM about.
15:21 - Look who we just bumped in to backstage! Click the picture for more.

14:44 - We've been snooping around backstage at the O2 ahead of tonight's awards show to give you all of the inside goss. So far we have spotted manicurists, fake tan booths and masseuses - the BRITs have got everything covered.

But it's not all pampering and glamour, we've also taken some snaps of the hard work being put in to make the stage look fit for pop princes and princess, and of course the dressing rooms where the acts performing tonight, including One Direction and Taylor Swift, will be getting ready. Maybe we will hang around here for a bit longer...

Pictures
> BRIT Awards 2013: Backstage Pictures
As the stars arrive at the O2 Arena in London, Capital has crept backstage with our camera to bring you all the action.

14:01 – Hello, and welcome to backstage at the BRIT Awards. This is your number one place to find out what's happening in the build-up to tonight's ceremony at the O2 Arena.

We'll be with you from now until the very end of what is the most-anticipated night in the British music calendar.

Justin Timberlake, Taylor Swift and One Direction will all be performing, while Emeli Sande is leading the nominations with four. It's going to be amazing, so get your 'Suit & Tie' ready because it's BRIT Awards time!