Everyone knows Taylor's got the BEST group of BFFs going, but which would YOU be out of her gang of gals?

Taylor Swift has an ever-growing group of celeb pals that her fans have affectionately dubbed 'The Squad', and this group of ladies are pretty much as tight as they come.

From super-model friends like Gigi Hadid, Kendall Jenner and Cara Delevingne to fellow pop stars like Ellie Goulding and Lorde, Taylor pretty much has a friend for EVERY occasion.

So if you've been harbouring JUST a little bit of jealousy over this close-knit group of BFFs, it's time to find out which member of Taylor's Squad YOU would be... 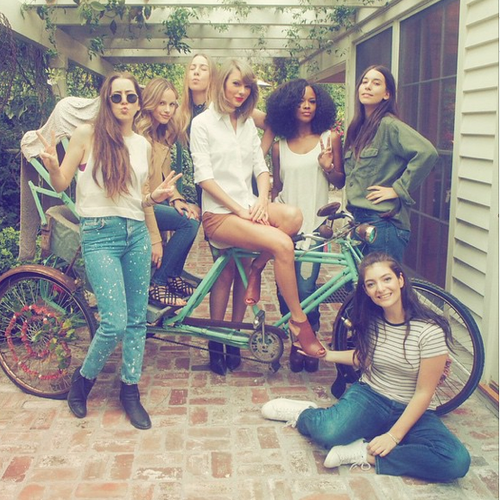 WATCH: The BEST Of Taylor Swift