“I’d Be The Tallest Elf Ever”: Shawn Mendes Reveals His Amazing Potential Outfit Choices For the #CapitalJBB!

Could there also be a Christmas cover at the #CapitalJBB?!

He’s just been confirmed for this year’s AMAZING Jingle Bell Ball line up – so naturally we had to find out how much Shawn Mendes was looking forward to making his debut at this year’s HUGE show!

Shawn will be taking the stage at London’s O2 Arena on night one of Capital’s Jingle Bell Ball with Coca-Cola, on Saturday 3rd December – and it’s safe to say the Canadian sensation is going to be getting right into the Christmas spirit!

Revealing how excited he was about performing, Shawn told Capital Breakfast’s Dave Berry, George and Lilah, “It’s nice to know you’ve had a few songs on the radio here and to come and know there’s fans here – it’s gonna be a really fun experience.” 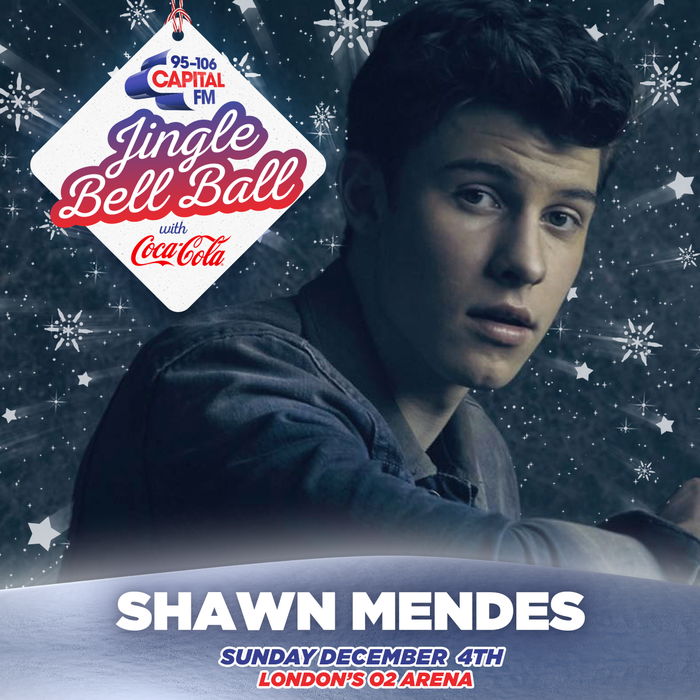 Discussing his on stage attire, Shawn seemed excited at the thought of wearing a penguin onesie or a Christmas jumper and even told us that he’s thinking about covering a classic Christmas song.

When Dave asked Shawn if he’s considering performing a cover, he replied, “Definitely! I don’t know what to cover, but I’m gonna cover something!”

Well, if that’s not enough to get you excited for the UK’s biggest Christmas party, we don’t know what is!

Keep it Capital all this week to find out the last couple of names for the line up… you won’t want to miss it!

Capital's Jingle Bell Ball with Coca-Cola will see some of the world's BIGGEST hit music stars descend on the capital on Saturday 3rd and Sunday 4th December. Tickets go on sale Thursday at 8am here on CapitalFM.com or you can call 0330 3333 958 - but you'd better get in there quick before they sell out!