There is never an excuse for this.

When Selena Gomez was spotted parading around on Instagram in next to nothing, we didn’t think anything of it. Not because it was expected, but because she can do what the F she wants, right?

We just commended the fact that the singer had made a comeback and went on with our day.

> BREAKING: Selena Gomez & The Weeknd Have Been Spotted Kissing & It's Cute AF 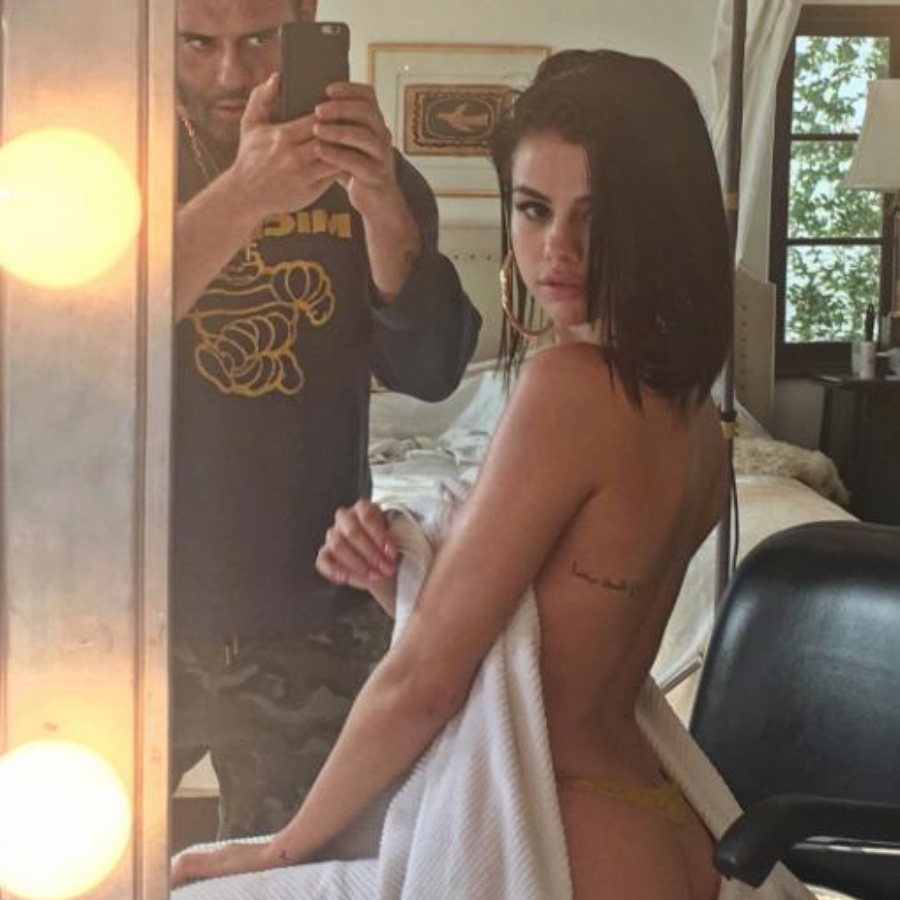 Mert Alas posted a photo of the ‘Hands To Myself’ lady in next to nothing, with just a towel covering her up and a tiny piece of underwear and hoop earrings. Needless to say, she looked amazing.

But it seems that some people haven’t been as supportive… especially when they delved into the archives and found a quote that Selena said when she accepted her award for Best Female Artist. Speaking at the awards ceremony, she commented, “I don’t want to see your bodies on Instagram. I want to see what’s in here”, as she touched her heart.

"I don’t want to see your bodies on Instagram. I wanna see what’s in here [touches heart]" – Selena Gomez. https://t.co/v9EpJq6oxU

Didn't Selena Gomez just give a speech about how she didnt care to show her naked body on social media? Bish whet

It is also worth noting that some fans did rush to defend her.

#Here #For #This @selenagomez pic.twitter.com/qQMSiPvtBR

We think that everyone should probably just lay off Selena a little bit. Let’s bare in mind that she didn’t post the photo, her pal, Mert Alas did so it’s not exactly her fault.